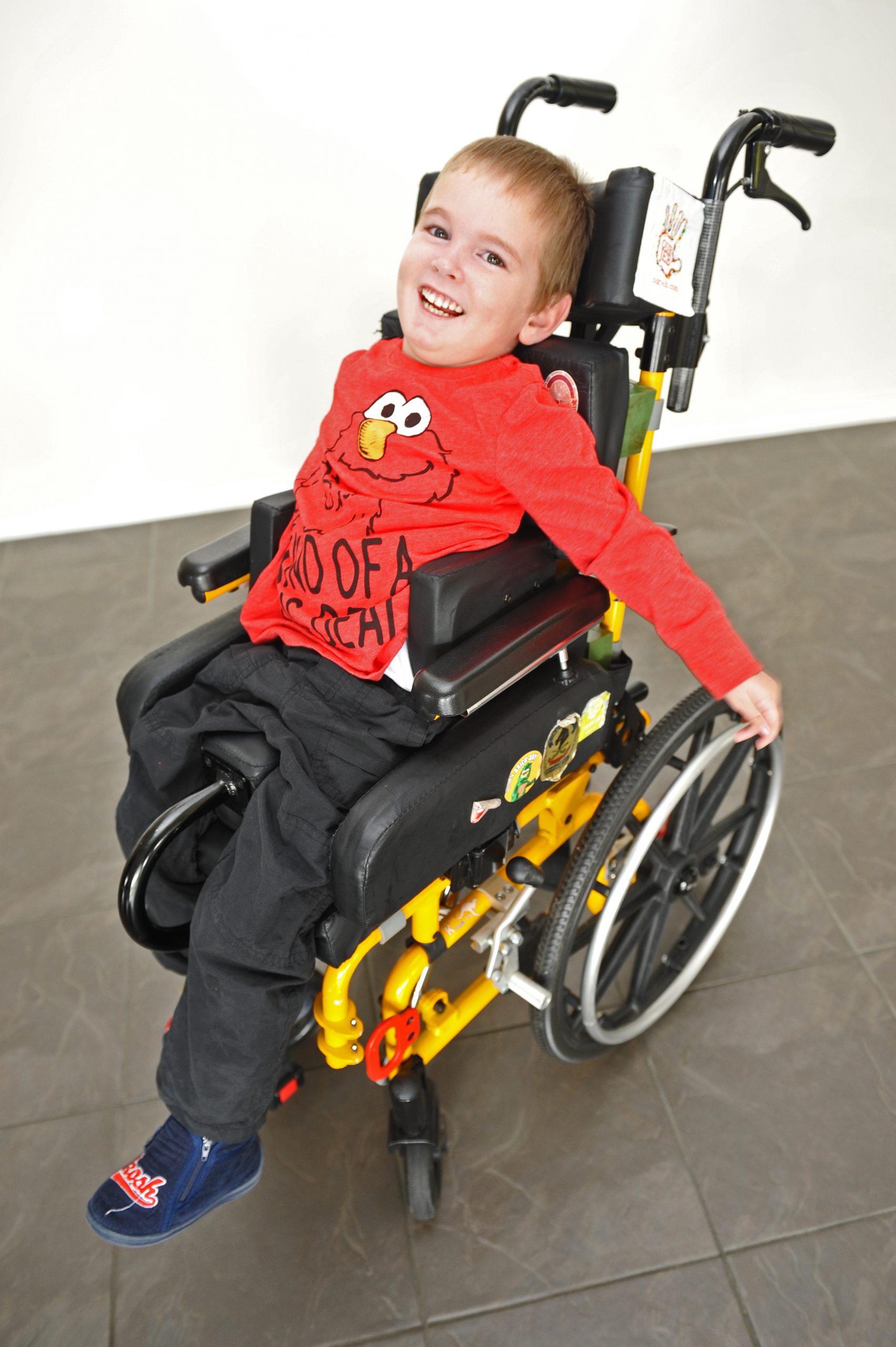 A Traralgon boy has touched hearts internationally with a smile as his only means of communication,

Four year-old Jonathan Beames was diagnosed with cerebral palsy when he turned one and is unable to talk, hold himself up, walk or crawl.

Last year, Jonathan’s parents Gareth and Kathryn Beames discovered a treatment readily available in the United States which would help him gain more independence and jumped at the chance.

The treatment requires Jonathan to wear a TheraSuit which helps to strengthen his muscles and gain control over certain movements.

While in the US, Jonathan wears the suit for three hours a day, five days a week for four-week blocks.

Shortly after his first round of treatment Jonathan’s parents noticed a great improvement with him now being able to sit up for short periods of times.

“He can sit up for very short periods of time, but that’s something we had been working on for quite some time and he hadn’t achieved yet but he managed to,” Ms Beames said.

“His head control improved as well as his arm use; his core strength is poor.”

Ms Beames has now taken Jonathan to Seattle for treatment twice and is looking to return in June.

Since his second trip, Ms Beames said Jonathan was now able to express himself in ways he could not before.

“He is able to request hugs with actions now, but he is also showing more of his cheeky side by snatching items within in his reach,” Ms Beames said.

“He’s improving on being able to sit up better as well as recover from falls and such.

However, treatment costs and travel expenses usually equate to about $15,000 per trip.

To gain community support for Jonathan, the family have launched a Facebook page called ‘Our Jeb’ and a donation website.

“So far we’ve managed to raise enough to cover two blocks of just the therapy as well as purchase a walker and a crawler for him,” Ms Beames said.

To donate to Jonathan’s treatment cause, visit www.gofundme.com/helpjeb