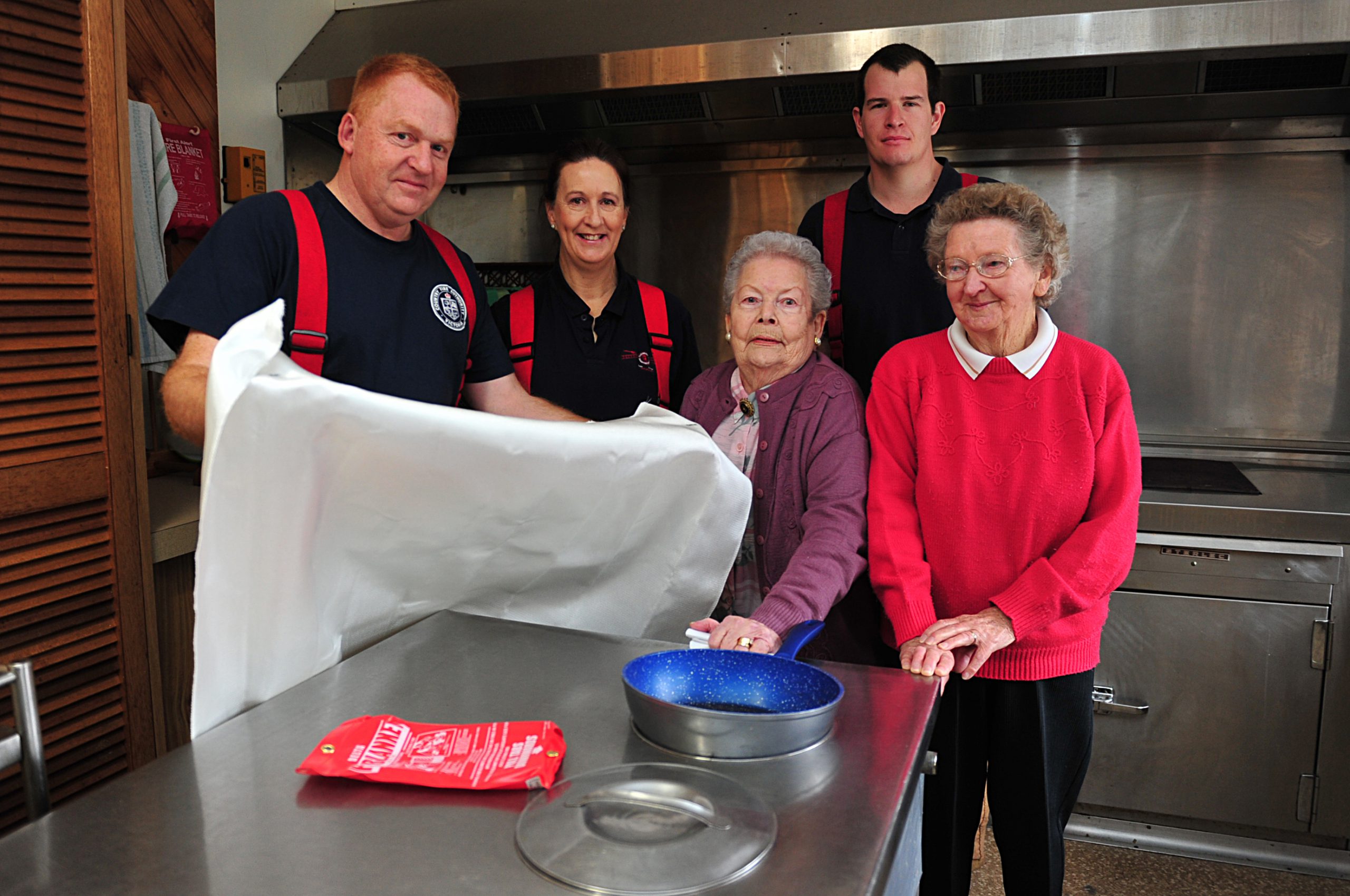 Senior citizens of Yallourn North were given the tools and knowledge to combat small house fires when their local fire brigade paid a visit on Wednesday.

Yallourn North Fire brigade donated 10 fire blankets to members of the town’s senior citizens club and gave demonstrations of how they could be used in the club’s kitchen.

Captain Mark King said the donation was prompted by the Country Fire Authority’s Winter Fire Safety campaign and would be accompanied by a donation to the town’s playgroup.

“We thought ‘how can we distribute the blankets to the community?’ and saw donating them to the senior citizens and also the playgroup, which we will do on Friday as a good way to cover both spectrums,” Mr King said.

“We’re fairly quiet up here, but it’s still good to educate the public.”

Mr King said fire blankets, which cost about $15 each, could be used on stove fires or on clothing which had caught alight if the wearer was too close to a heater.

He said they were one-use only, and users should phone triple zero as a safety precaution after putting the blanket down, because it should not be lifted up again.

Senior citizens club vice president Ange Spencer, who had previously experienced a small house fire, said she didn’t have a fire blanket before Wednesday and did not know how to use one.

“We are most appreciative of the fire brigade. They do a marvellous job,” she said.