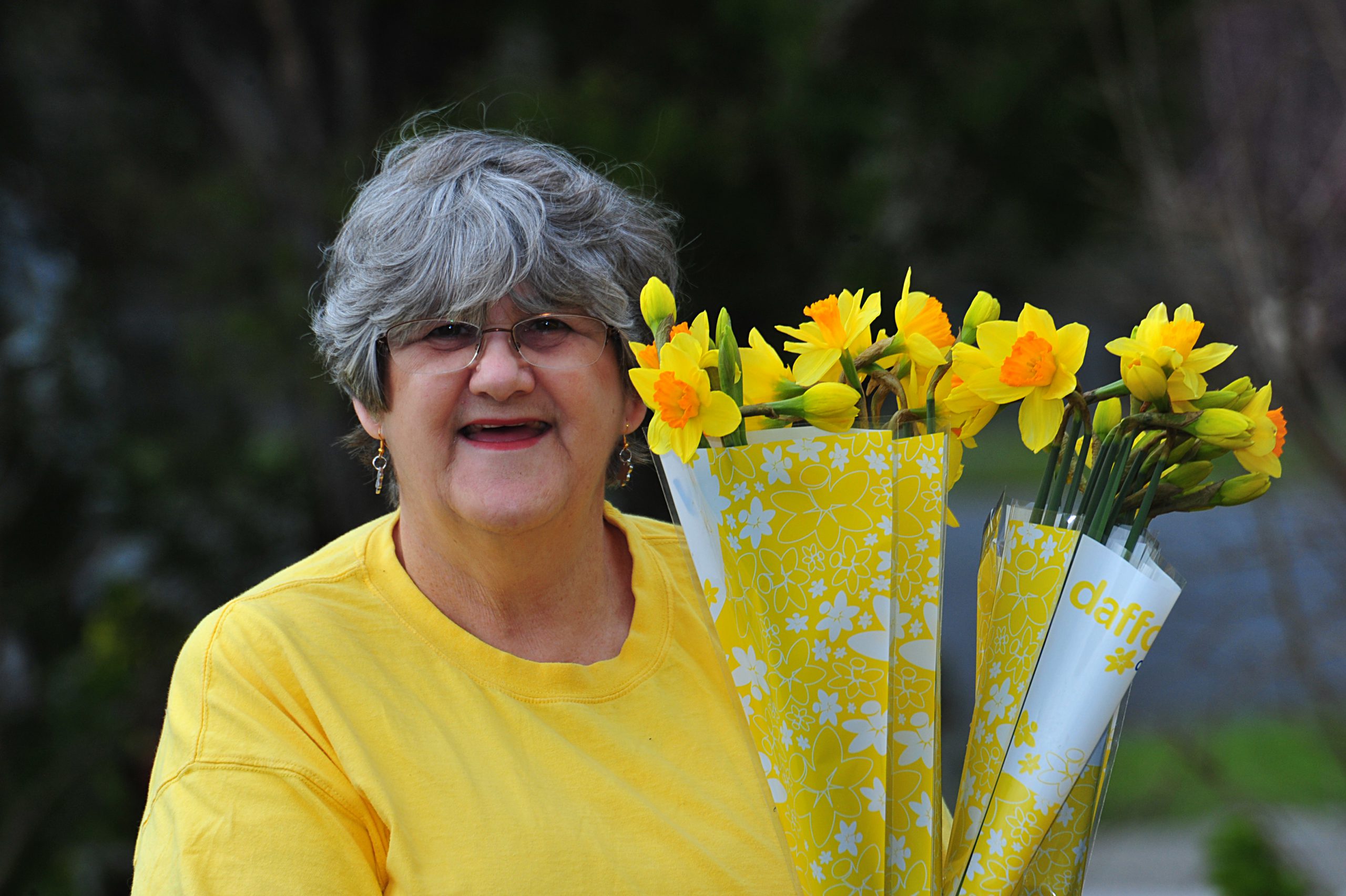 When a Latrobe Valley woman’s father-in law decided to donate his cancer-ridden brain for research, shock and admiration swept over her family.

“Freaked out” by his wishes initially, Linda Christy said her father-in-law Tas Christy’s choice would resonate in her memory forever.

“We were all a bit freaked out at the time, but it was his exact words, which were ‘if I can prevent this happening to one of my grandkids or someone else in the future then it’s all worth it,” Ms Christy said.

“That always resonated with me and that’s one of the reasons I wanted to raise money for the Cancer Council on Daffodil Day.

“From diagnosis to when my father-in-law passed away was over nine months; he had a brain tumour so there were lots of chemo and lots of ups and downs and it was a very tough time on everybody.”

Ms Christy’s mother also had breast cancer, but died from a variety of illnesses, and five years ago she also lost a close friend to cancer.

She said her dealings with the Cancer Council had resulted in her wanting to raise money for the organisation on Daffodil Day.

“The support that they give to people is great and not just the people suffering, but the families to understand and come to terms with it really,” Ms Christy said.

“For me, it’s the research, you can see that five-year survival rates have increased and you’d like to think that has something to do with it.

“You’d like to think the things we’re putting in place are helping to do that – anything we can do to help the Cancer Council do their work is a very good thing.”

Tomorrow will mark the 28th annual Cancer Council Daffodil Day and will be celebrated with stalls selling daffodils in shopping centres and across the Valley with all money raised going towards the Cancer Council.