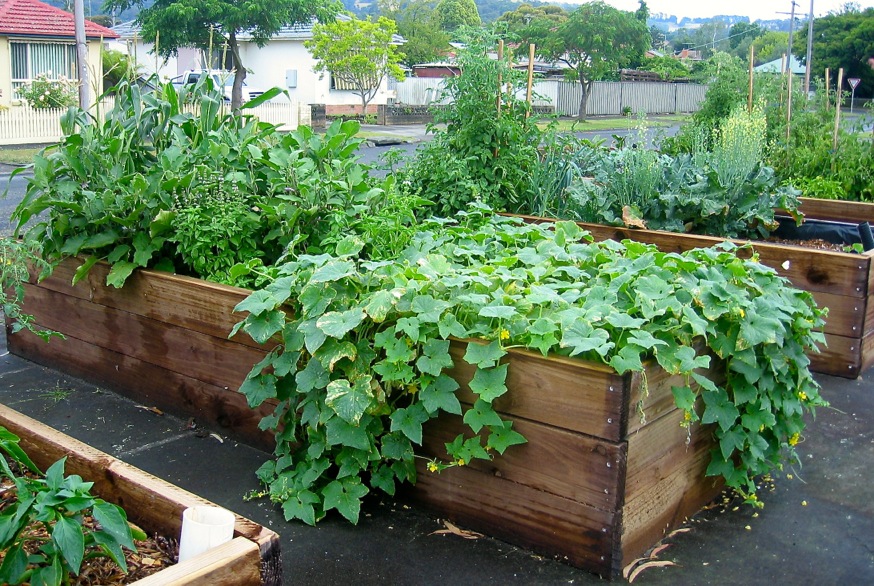 Residents have begun tasting the return for their efforts as Trafalgar’s community garden thrives.

Organiser Rod Boon said he was pleased to see the community embrace the one year-old garden project.

Cucumbers, beetroot and zucchinis were the first of several vegetable varieties to ripen for picking, but Mr Boon said more were on their way.

“Some of the vegies are almost ready to harvest. Tomatoes are the main crop starting to ripen now,” he said.

“We started construction in July or August and here we have a harvest… it’s all happened pretty quickly.”

Mr Boon said a core group of about 10 people had slowly transformed the site at the back of the town’s hall on Contingent Street, but said there were more than 50 people at some working bees.

“We’re in the construction phase at the moment – the main focus is on getting the garden set up,” Mr Boon said.

“The actually gardening side of things will take off this year… we’ll have triple the garden area.”

He said the garden had also received support from organisations, in the form of grants and donations, most recently from Baw Baw Shire.

Mr Boon said the project received a $2400 grant which would go towards completing work on a shipping container that had been transformed into a storage shed and decorated with a mural.

“It’s good to be able to get the support. We wouldn’t have been able to do it without the support of the community,” Mr Boon said.

“And we’re getting lots of the community taking the produce… it is available to all Trafalgar and district people.”

Mr Boon said there were a number of projects still to be undertaken at fortnightly working bees, and he hoped to get a group of volunteers to visit the garden weekly for watering, weeding and other maintenance.