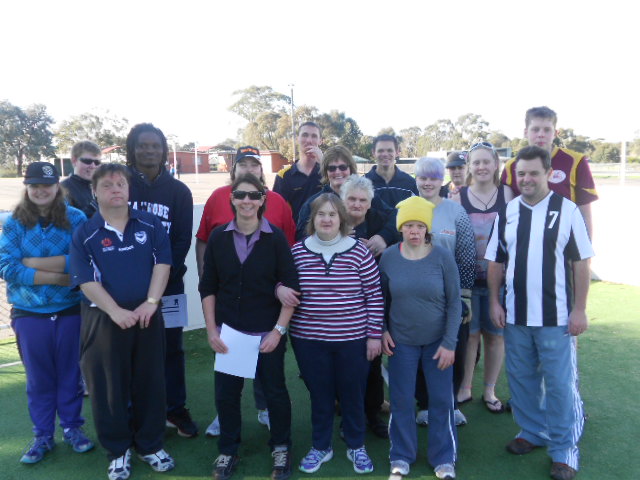 An average of 15 to 20 people have gathered at Morwell’s Town Common for a game of street soccer, since the program kicked off in 2007.

“This funding allows the program to continue to help support homeless and marginalised people within the Latrobe area and further, if they’re willing to travel,” Ms Powell said.

“The amount of work and effort it takes to get everyone involved requires significant funding.”

Ms Powell said the national program couldn’t continue without government support and was pleased with the ongoing delivery.

Community organisations and services such as Cooinda Hill and E.W Tipping Foundation refer clients onto the initiative, which aims to engage participants with employment, health and housing.

The Morwell group gathers for warm up from 1pm Thursdays, before taking part in a main game until 2.30pm.

“For the three years I’ve been involved, I’ve seen individuals who struggle to get out of their house show up,” Ms Powell said.

Independent Senator for Queensland Glenn Lazarus had been working with Ms Ley to guarantee the program’s continuation, which he said contributed to better health outcomes for Australians.

“Participating in street soccer with The Big Issue gives people an opportunity to build confidence through sport to tackle other issues in their lives,” Mr Lazarus said.

“I am pleased that the government has listened and funding has been delivered to support this program.”