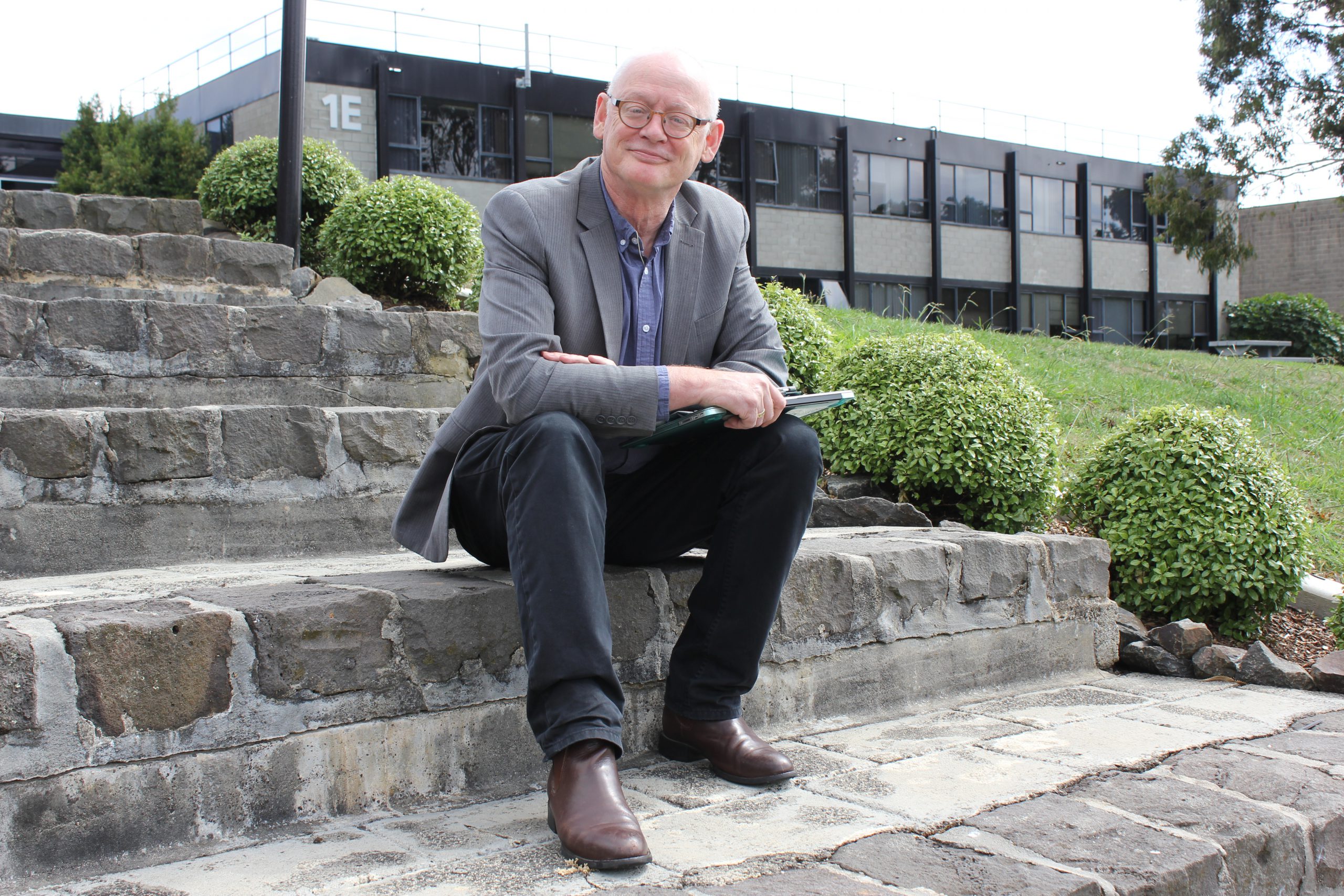 The Gippsland Centre for Art and Design is a “tough little nut” to artist and former director Rodney Forbes.

He said rumours the school would close down had been circulating for 30 years and were a reaction to current changes at the Federation University Gippsland artistic ins titu tion.

“It’s just going through another change is how I see it and it’s the only art school in eastern Victoria. It would be a cultural disaster if it closed down,” Mr Forbes said.

As part of a “major boost to art and design courses in Gippsland”, including a new graphic design course, Mr Forbes has chosen to retire as the director of GCAD and curator of its Switchback Gallery.

It is the end of a long era, first leaving Melbourne as a young man in the early 1980s to attend the “radical” institution, known for its European-style teaching and 24-hour student access.

He began teaching undergraduates and masters at the school in 1993, but before long took on the head role, rolled up with an established independent artistic practice that has seen him show at the Australian National Gallery, Canberra, the Art Gallery of New South Wales and Artbank.

“I had a real love for the school because I’d been here as a student and I wanted to see it do well,” Mr Forbes said.

During this time he tried to increase student numbers – particularly indigenous participation – and emphasise contemporary art.

He also led the design of the Master of Visual Arts course, which saw students from all over Australia and overseas study via distance education.

“I always fought for it to be a contemporary school, and it has remained one,” Mr Forbes said.

“We don’t dumb it down for country students, because we think, it’s quite a cut-throat art world out there and you have to be up with the latest contemporary work.”

Mr Forbes said so much of the cultural capital of the region had spawned from GCAD, with former graduates and lecturers forming the Latrobe Regional Gallery, arcYinnar, the Cowwarr Art Space and the Gecko Studio Gallery in Fish Creek.

“Every major gallery in the Latrobe Valley and South Gippsland germinated from GCAD. If you got rid of something like that, imagine the social impact on the place?”

He said the new structure could see 20 students in each course.

“We’ve always neglected the graphic design side of things… that was always left to TAFE and of course TAFE has moved out of that space now,” Mr Forbes said.

“It’s an ageing population here, so whether there’s that demand or not, remains to be seen,” he said.

“He’s spot on in saying TAFE should take it up again, because it was vocational, and we were baffled why it cut art subjects when there are jobs in graphic design and students enrolling in graphic art and design courses,” Mr Forbes said.

Now in semi-retirement, Mr Forbes at age 63 will focus on figurative painting from his Traralgon South home studio, exploring some of Gippsland’s less-known indigenous stories.

“My work has always had a cartoony quality, but I always wanted to do something that was politically subversive. They always have a jolly quality about them, but deal with dark subject matter,” he said.