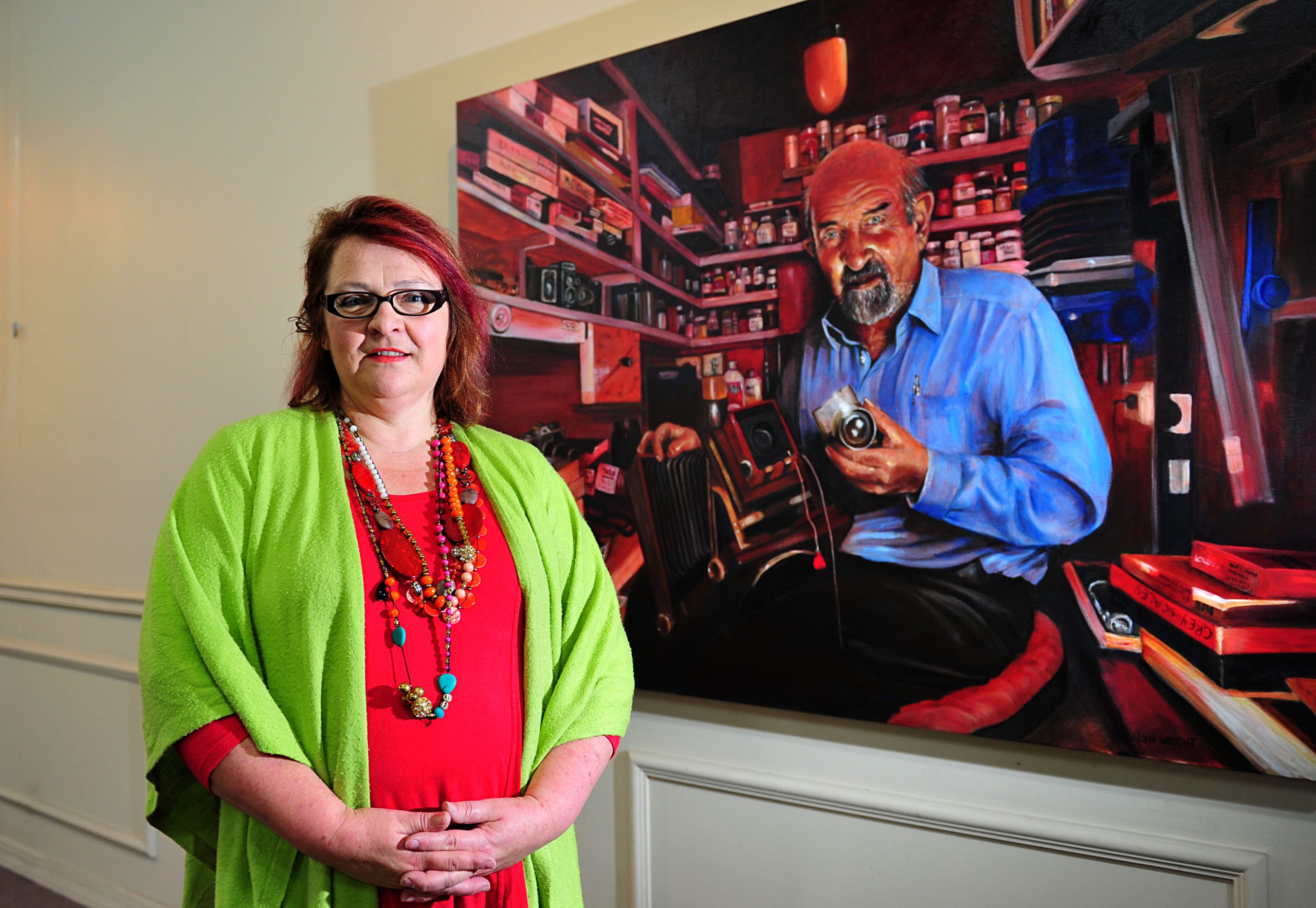 When approaching Traralgon artist Lyn Wright’s painting of her father, one might feel they have disturbed him.

Ian Bock, the subject matter of the Traralgon Art Society teacher’s first entry into the prestigious Archibald Prize, has been captured in the “den” of his photography darkroom holding a 100 year-old ‘box camera’ in Glen Waverly.

With only a hint of light across his 82 year-old features, the viewer catches Mr Bock off guard, surrounded by jars of processing chemicals, photographs, vintage cameras and even a box of aluminium foil.

“When I was growing up if you wanted to talk to Dad, you’d have to find him in the darkroom,” Ms Wright said.

“This is him in his surrounds. The darkroom has that red glow so that you can process film and he’s surrounded by the chemicals that are all part of the processing, plus the photographs that he’s taken.”

Ms Wright said she decided to paint her father after he received a Medal of the Order of Australia on Australia Day last year.

Her father was recognised for his service to more than 15 photographic associations, including the Melbourne Camera Club and the Traralgon Camera Club.

She said she was also encouraged to create the portrait after winning the Yarram Archies, a local portraiture competition.

“He’s such a generous man, one of the most generous men I know and it was a way to honour him as his daughter,” Ms Wright said.

Mr Bock said he thought the artwork was “amazing”, acknowledging his daughter had only been working with oil paints for two or three years.

He said the painting depicted his small darkroom that only accommodated one person and his place of meditation.