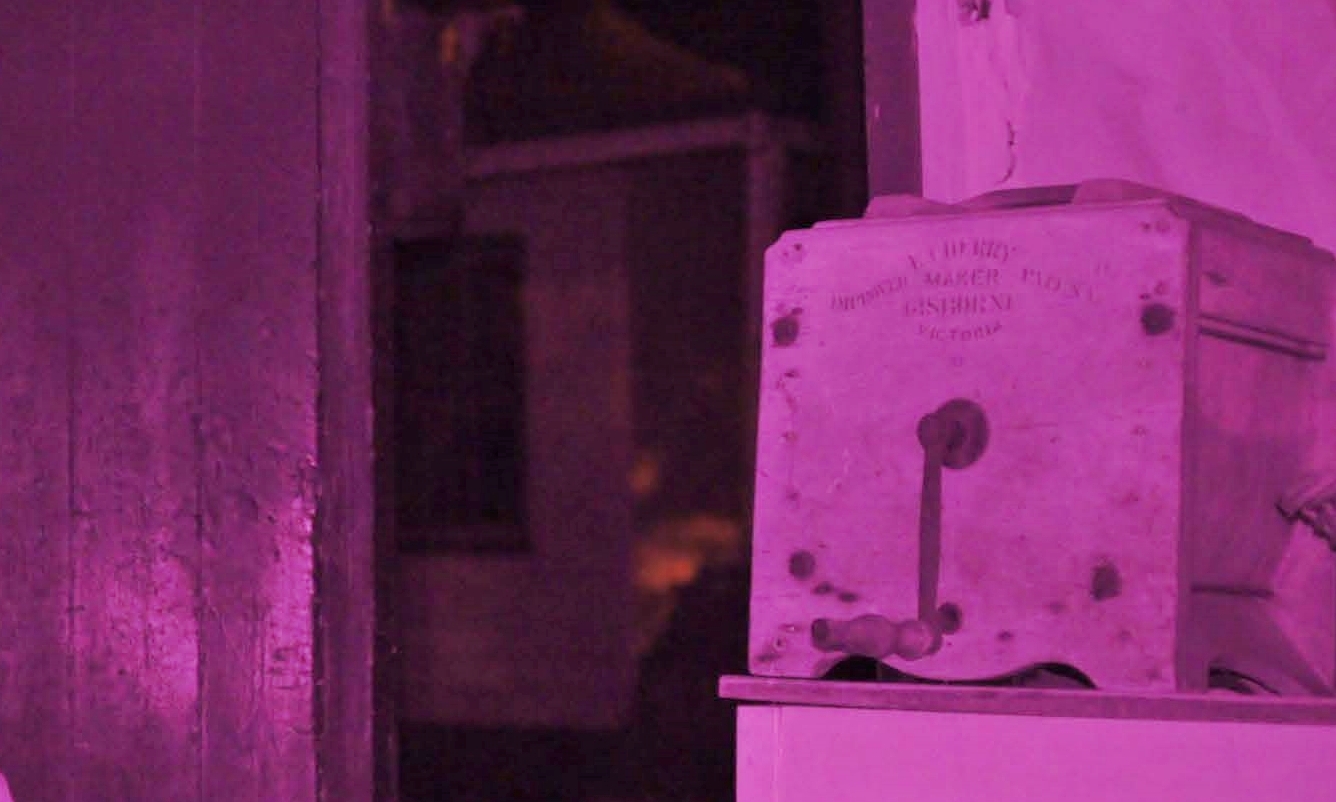 Ghost hunters hope to detect spirits and spot apparitions at Old Gippstown when they spend the night roaming the heritage park this weekend.

A Melbourne-based business, Beyond the Veil, will host the ghost hunts on Friday and Saturday night, inviting more than 20 participants to use their range of equipment to see what spirits they can find.

Beyond the Veil owner and psychic Sandra Kirk said she and her partner chose the heritage park as a new site for the company’s regular hunts because of its wealth of historic buildings from across Gippsland.

Ms Kirk said she and fellow psychic Andrew Blake were not disappointed when they visited the park to test its suitability for conducting hunts.

“We walk around and we like to get a feel for the area. Straight away you’ll see the spirits poking their heads out or looking through the window,” she said.

“By the end of it we had a train of spirits following us everywhere.

“We would find a bit of sinister and a bit of comity in the old pub: a couple of spirits that were jolly old souls that you can imagine hang out in the old pub and like a glass of the old ale.”

Ms Kirk said people could discover the ghosts for themselves using infra-red cameras, electro-magnetic field metres, motion activated sensors, audio recorders and other devices that could detect the presence of the paranormal.

The ghost hunter said the group’s approach of letting participants loose in the area with regular check-ins to “home-base” was well-received, with many returning customers.

“We sort of have regulars, who as soon as they come home (from a hunt) they re-book straight away because they’ve had such a great time,” Ms Kirk said.

However, she said it was not money that drove her and husband Lance Kirk to conduct the hunts, but a love of the paranormal.

“It’s about doing what we love for the passion of the paranormal, because we love it,” Ms Kirk said.

This passion has seen the couple travel far and wide and go on countless ghost hunts over the past 15 years.

“This time last year we were in England. We hired a campervan and went ghost hunting, visiting all the castles and other places,” Ms Kirk said.

She said she had encountered negative spirits over the past three decades, offering her psychic services free-of-charge to cleanse people’s homes. The psychic said she would get rid of any dangerous spirits they encountered at Old Gippstown, but had not come across one yet.

“There isn’t anything negative there, just a grumpy old man from a time when men ruled the roost,” Ms Kirk said.

She said the spirits the group would encounter did not necessarily die in the buildings they appeared within.

“They can come back to the area where they had a good time or a significant thing that happened in that building,” Ms Kirk said.

“Spirits also come with people. If that happens we take them aside and give that person their private message.”

The hunt is also expected to be a boost for tourism, with participants encouraged to explore Moe when they were not ghost hunting.

“We’re always looking at giving back to the areas, like Moe,” she said.

“We invite our guests to go into the town to shop, to look at the other local attractions.”