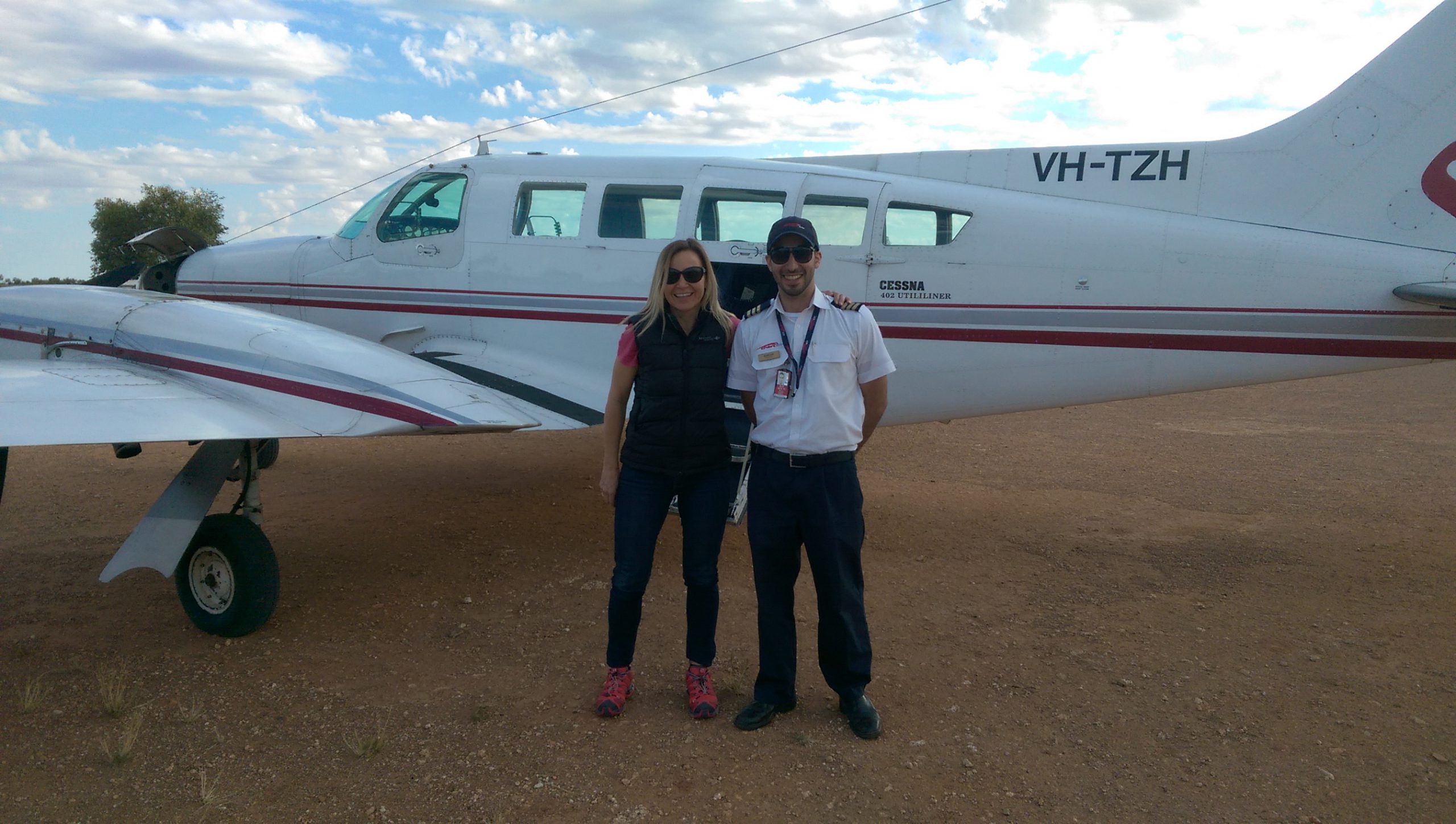 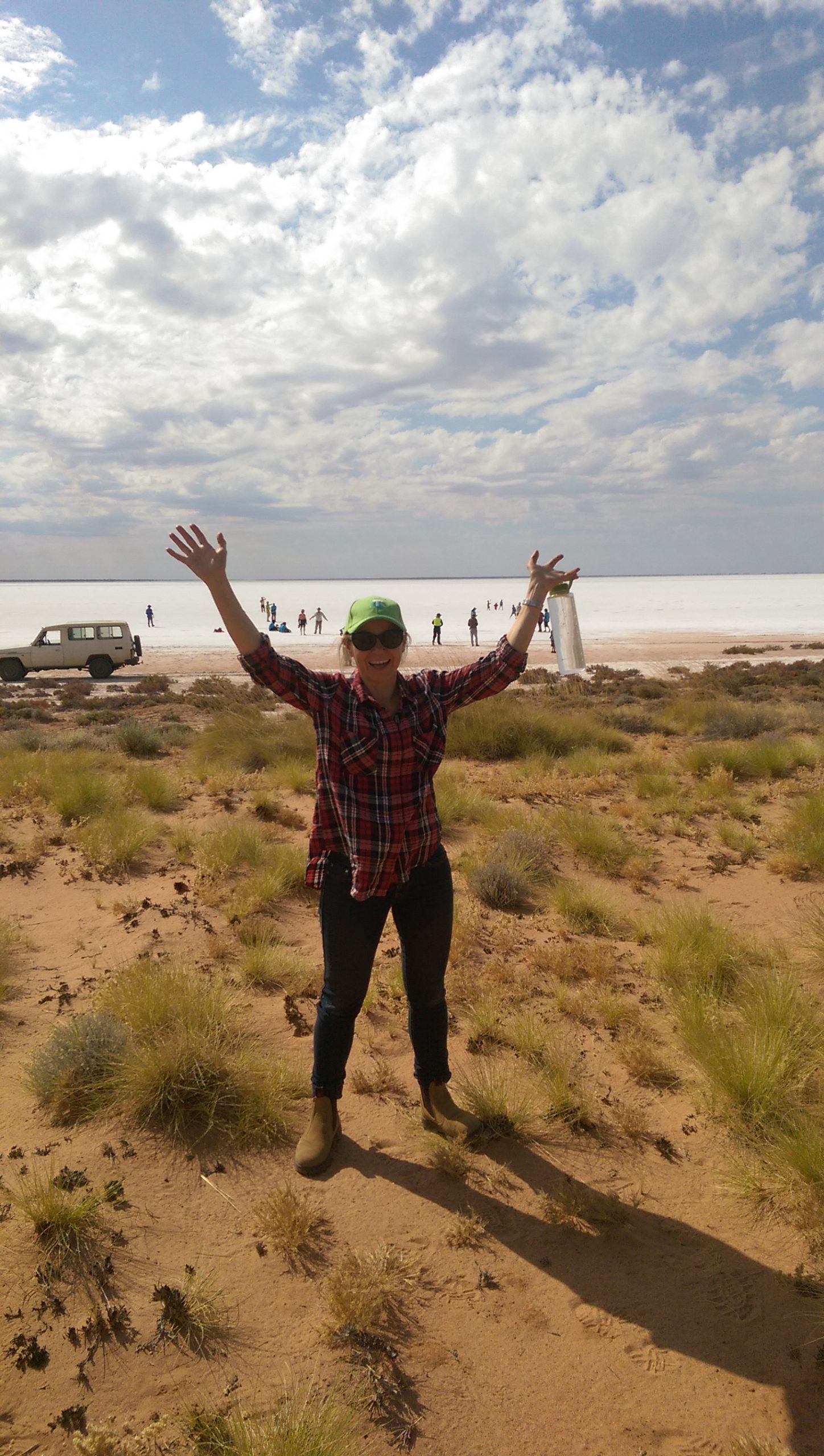 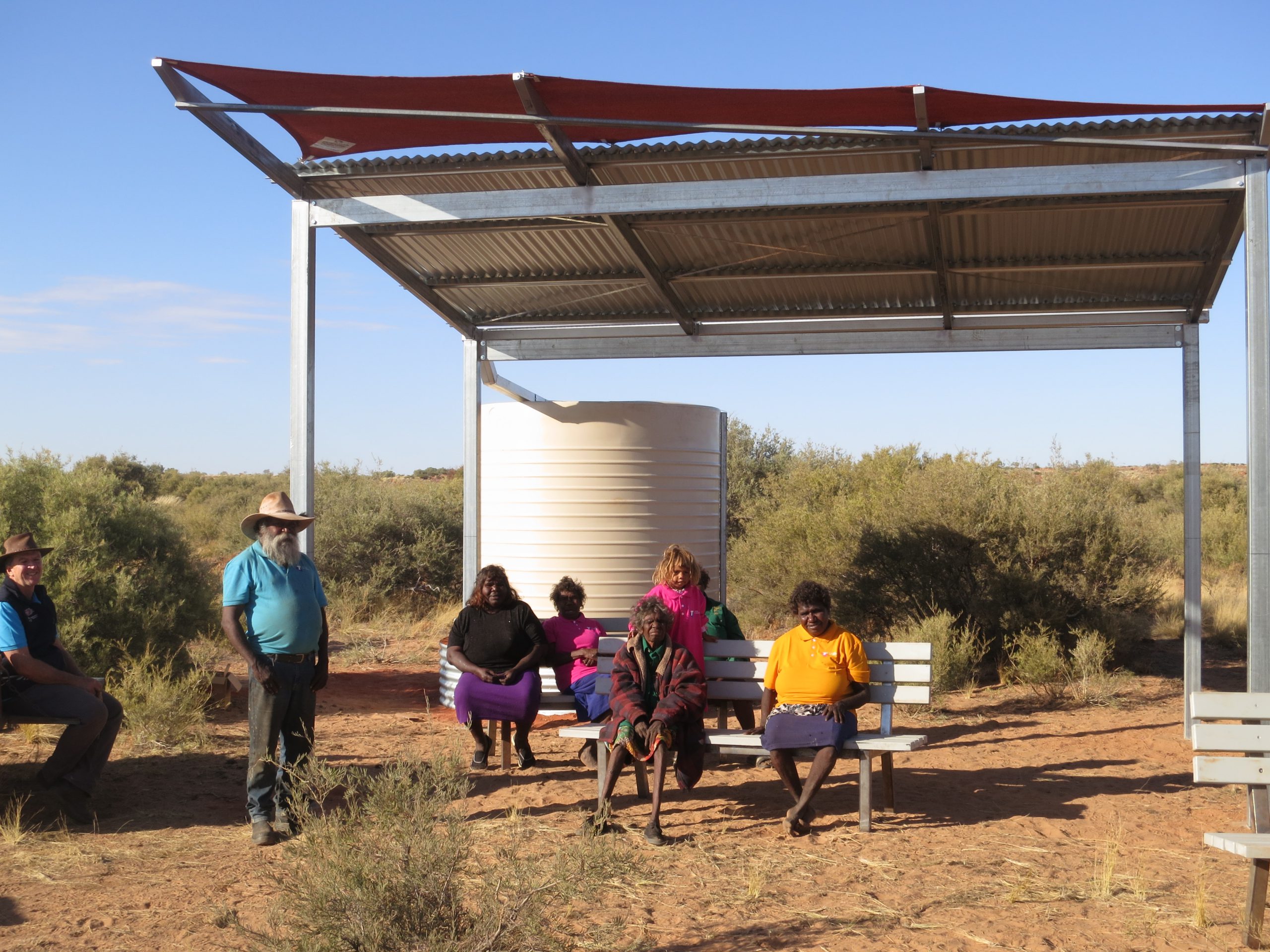 Camping in Australia’s outback for five days and learning to live ‘on country’ is an experience Loretta Willaton will never forget.

The Telstra Gippsland area general manager has just returned from Western Australia’s Kiwirrkurra community after she was nominated for the ‘Pay it Forward’ volunteer program.

Ms Willaton joined a group of 34 people to build a multi-purpose shelter, which will be used by traditional owners and community groups maintaining the land.

“For me to go somewhere so remote was something I personally needed to overcome,” Ms Willaton said.

“It was just daunting to think, ‘I don’t know what to expect’.”

It took two flights and an 85-kilometre drive to get to Lake Mackay, near where some 150 to 200 traditional owners live.

There, Ms Willaton camped with members of the Kiwirrkurra community, who showed her how they lived off the land.

“One of the last nomadic nine, Yukulji Napangati said, ‘this is where we used to sleep, this is where I was born’,” Ms Willaton said.

“It was just amazing – the Aborigine culture is just so rich and alive.”

Ms Willaton learnt some of the Pintupi language, which a number of the Kiwirrkurra traditional owners speak.

Witchetty grubs, lizards and bush turkey made regular appearances at meal-times, with one dinner showcasing the speciality of kangaroo tails.

“You look around and you think, ‘if you had no food, what would you eat?’,” Ms Willaton said.

“We went out looking for bush tucker and they would spot a blue tongue lizard.

“The Aborigines love and respect the land; that was one of the most eye opening things.”

Ms Willaton urged others to consider taking part, with a volunteer program being established.

The general public can email volunteers@centraldesert.org.au for more information.

Organisations interested in running their own program can email