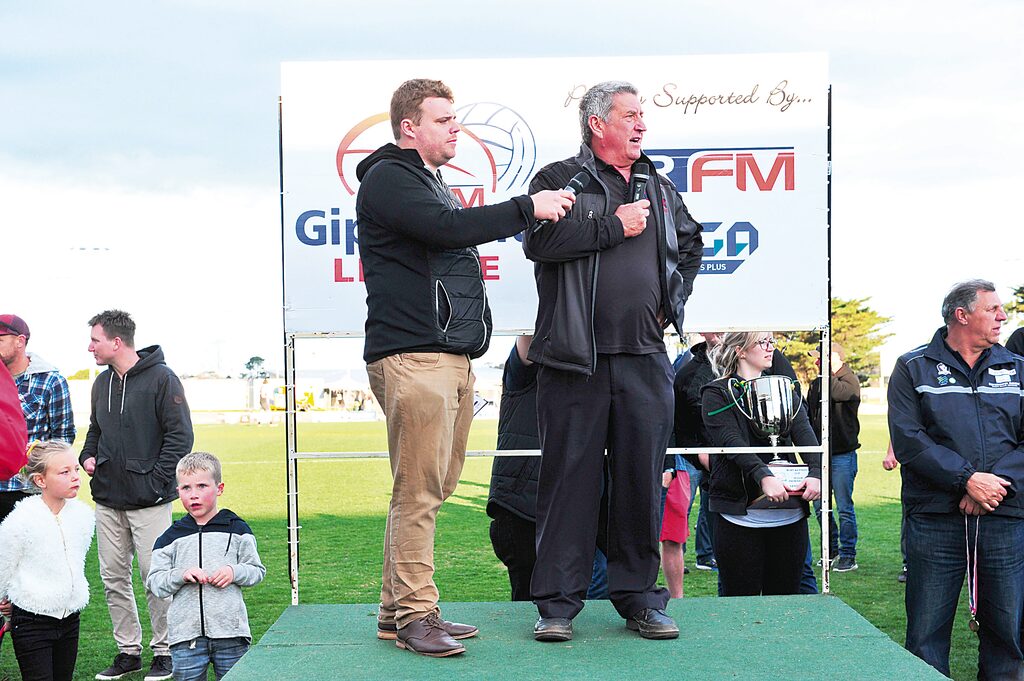 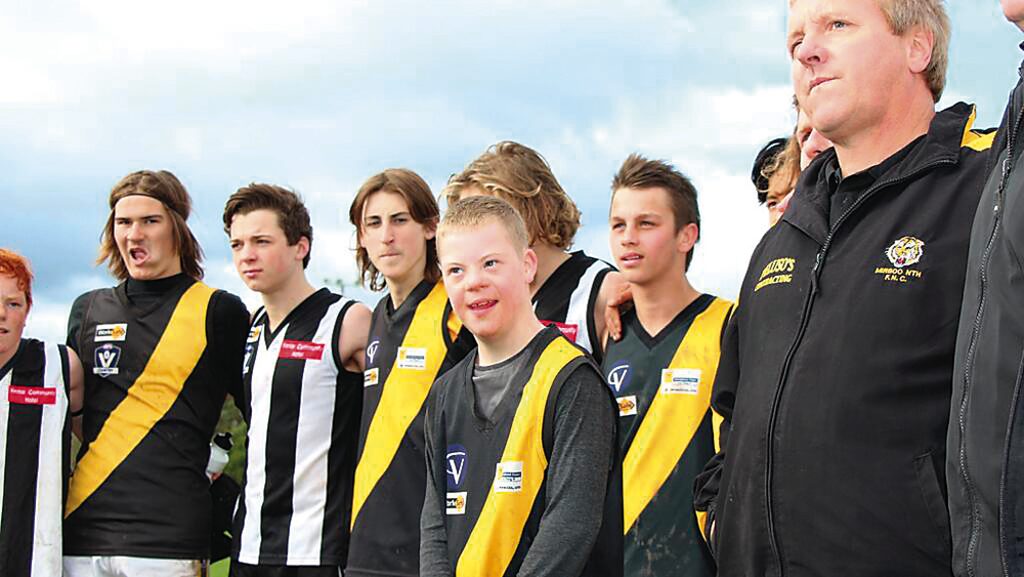 IMAGES from the plight of the Traralgon Football-Netball Club in the last week ignited a range of emotions.
With the Maroons still dealing with a hefty clean-up, local clubs have offered their support to try and help out in any way possible.
The concept of community is at the heart of country clubs, and often shines brightest following moments of tragedy.
Football-netball clubs across generations have often shared resources, whether it be equipment, facilities or even loaning players to ensure a game can go ahead.
Putting the words community and sport together lends itself to sportsmanship, and here, the Four Quarters team takes a look at some moments that have encapsulated the spirit of the game in Gippsland footy.

1. Alec’s day to remember.
MIRBOO North Football-Netball Club won the hearts of many after giving 12 year-old Alec Kenneally the chance to play a game with his beloved Tigers in the fourths.
Alec, who has Down syndrome, would watch the team eagerly each week, and would also take part in the warm up and sing the song following victory.
As the last match of the 2016 home-and-away season in the Mid Gippsland Football-Netball League approached, Mirboo North decided it was time to get Alec onto the team sheet for the game against Yinnar.
Tigers coach Jack Oddy organised with Yinnar for Alec to get a run, and players from both clubs cooperated maturely to ensure the youngster was given a few kicks.
Alec was given a banner, guard of honour and tossed the coin before being chaired off by players from both clubs.
Alec was also presented with a medal after the game and there was barely a dry eye in the house when he kicked a goal in the last quarter.
In the years since, Alec’s passion for the Tigers has not subsided, and he still watches Mirboo North home games.

2. Heart attack response saves life.
FOOTBALL well and truly became a matter of life and death during the opening round of the 2019 East Gippsland season.
In the final quarter of the match between Lakes Entrance and Stratford, shockwaves reverberated when Lakes Entrance player and Tiwi Islander William (Junior) Puruntatameri suffered a heart attack during the final quarter.
After coming to the interchange bench at Stratford Recreation Reserve, Puruntatameri collapsed to the ground in the presence of trainers, who initially thought he had fainted.
On being assessed by the Lakes Entrance trainer and the towns Surf Life Saving Club president David Richardson, it was discovered Puruntatameri had stopped breathing and had no pulse.
Richardson immediately began cardiopulmonary resuscitation (CPR) and was assisted by trainers from both clubs and registered nurses who were at the game.
With the result of the match put beyond doubt by the time of the incident, Stratford coach Peter Morrison sought out his opposite number James Gibbs to see if the game should be called off.
At the end of the match players vacated the oval as paramedics arrived, where Puruntatameri was then whisked to Latrobe Regional Hospital.
From there he was air lifted to Monash Hospital where surgeons conducted open heart surgery.
Fortunately, a blood clot was able to be extracted and Puruntatameri survived.
Speaking at the time, then Lakes Entrance Football-Netball Club president Kevin Giblin said the assistance from Stratford helped save a young man’s life.
“We have an unbroken bond now with the Stratford Football-Netball Club,” he said.
“We are very, very appreciative of the help they gave to Virgil and we will be forever indebted to them.
“The doctors said if it wasn’t for the work of the first responders and the fact it was at a footy club that had a defibrillator and people knew how to use it – he wouldn’t have survived.”

3. Think of the children.
IN an instance that would have made Helen Lovejoy proud, Yallourn Yallourn North and Trafalgar made the best of a bad situation in the Mid Gippsland Football-Netball League in 2020.
With the MGFNL making the hard decision to cancel its junior competition in the midst of the COVID year, the Bombers and Bloods arranged with each other to play a series of matches to give their young players something to enjoy.
A two-match competition was organised, with the first game under lights at Trafalgar on a Friday night.
Due to restrictions at the time, only club officials, umpires and the families of players were permitted to enter the recreation reserve.
“We are very happy to give the opportunity for our boys to have a kick whilst the current medical advice is that it is safe to do so,” Trafalgar FNC said at the time.
The game itself saw the Bloods jump out of the blocks, as inaccuracy hurt the Bombers.
Trafalgar won the match, but in the end, football was the real winner as junior players were given at least one last opportunity to play with each other.

4. Grand final concession speech.
AS they say, be humble in victory and gracious in defeat.
Like warning the batsman for backing up too far in cricket, it is customary for the losing coach in a grand final to make a concession speech at the conclusion of the match.
While it is no doubt a bitter pill to swallow for any losing coach, the act of acknowledging the opposition serves to show any on field hostilities are momentarily shelved.
In keeping with the spirit of the game that forms the basis for this week’s Four Quarters, a time honoured grand final tradition is for the victors to go to the pub of the opposition in the days following the match.
The post-match beer in the social room of the opposition is one of the most important facets of community sport and helps drive the notion of ‘what happens on the field stays on the field’.
With community sport set to go back, be sure to keep that culture alive by having a beer with the opposition after the game. People don’t forget sore losers.