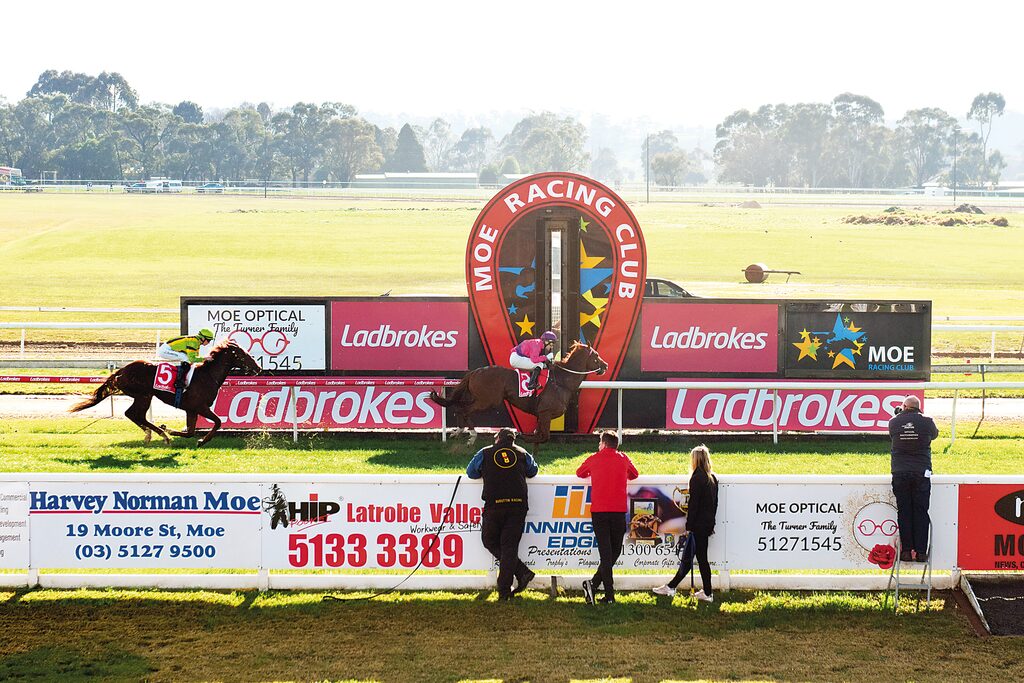 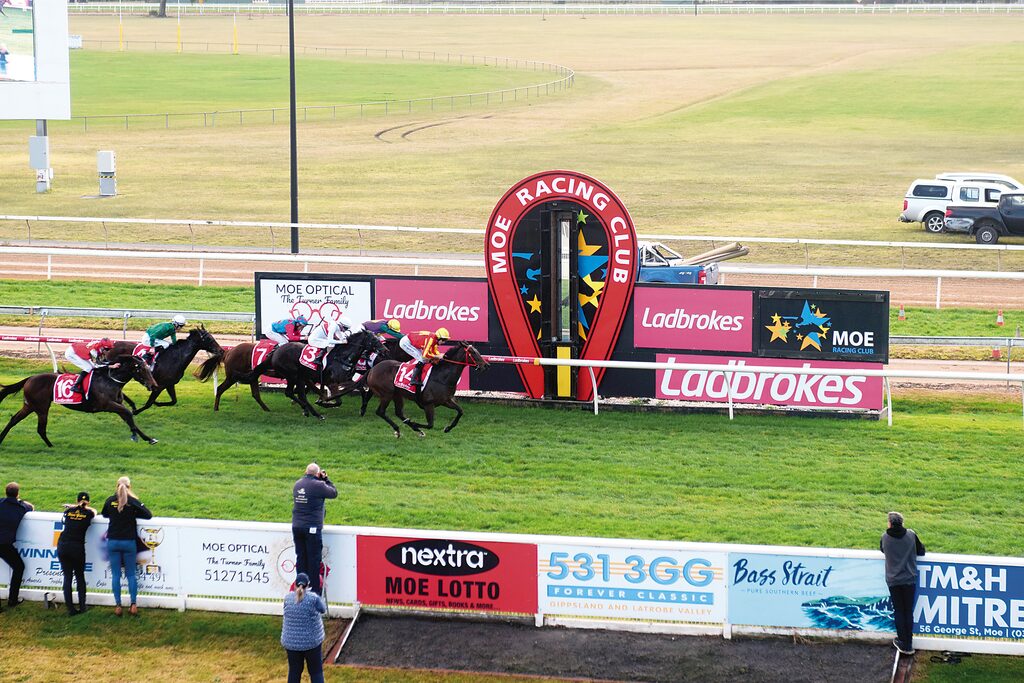 HORSE RACING
By LIAM DURKIN
MOE Racing Club hosted its midweek races last Thursday.
A nine-race card saw a number of prominent racing identities take stage, including three-time Melbourne Cup winning jockey Damien Oliver.
Local runners were also featured, with Race 4 of particular note, having a quartet of runners flying the Moe flag.
The track was rated a Heavy 8, while relatively clear skies and light winds made for an easy day’s viewing.
The opening race, a 1000m Maiden for the two-year-olds, was won by Rock Artist ($13), who completed a comfortable victory for Ken and Kasey Keys.
Race 2 was won by Worth Bottling, who may have surprised many given its starting price of $61.
Sitting ninth with 400 metres to go in the Three-Year-Old Fillies Maiden Plate, jockey Will Gordon was able to steer home a winner for Logan McGill.
The next race was an 1100m Maiden, which saw Citaleon win on debut for Cranbourne trainer Nikki Burke and jockey Beau Mertens.
Another Maiden Plate followed in Race 4, as Swindon Lass proved too strong for local runner Ima Dozer.
The Moe-trained Ima Dozer for Christine Sexton beat third-placed Sacra easily, but couldn’t get in before the winner over the mile trip.
It was better news for the locals in the next race, as the Peter Gelagotis-trained Nudge Bar won the 1600m BM64 Handicap for the Moe stable.
Nudge Bar led all the way in what was a great ride by apprentice jockey Tianni Chapman.
The 22-year-old, who rode her first winner just a week earlier, was able to put another victory on the board in impressive style.
Race 6, the BM58 Handicap, was won by the Kevin Corstens-trained Maradona, which produced a dashing performance over the 2400m journey.
Gelagotis had another winner in Race 7, when Kamien strode across the line in a photo finish from Caulfield-trained Zoupino, ridden by Oliver.
Kamien, ridden by Tom Stockdale, had the inside run in the 1200m BM64 Handicap at the post, and had its nose in front when the photo was taken.
Race 8 saw Plymouth Road win for Pakenham trainer Frankie Stockdale in the 1200m BM64 Handicap, before Rambeau saw out the meeting with a win in the Class 1 Handicap (1000m) for Cranbourne-based Trent Busuttin and Natalie Young.