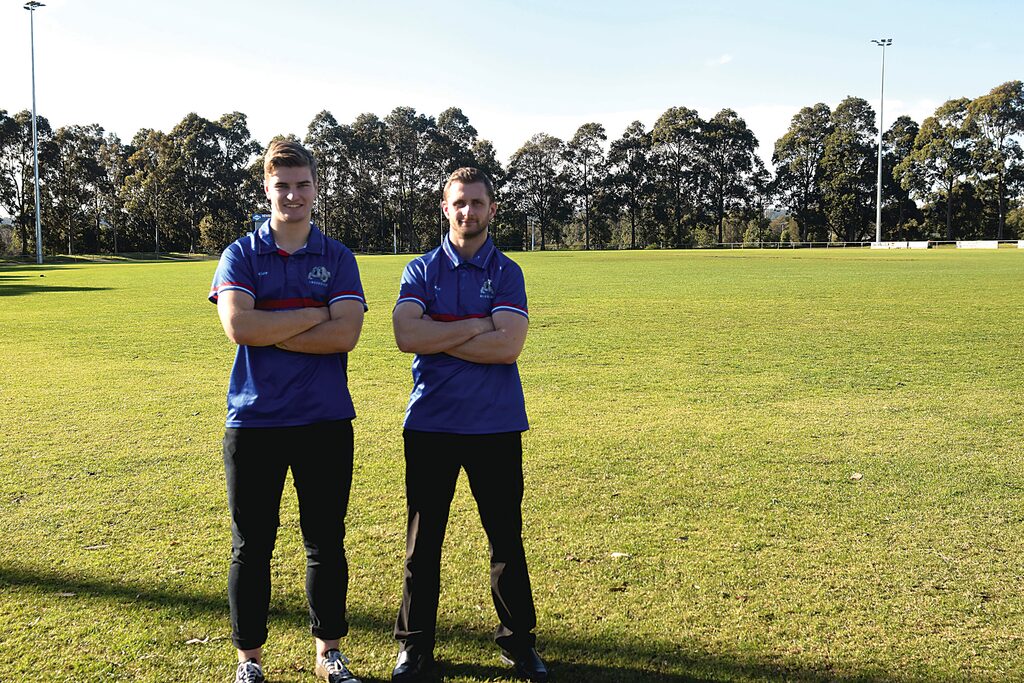 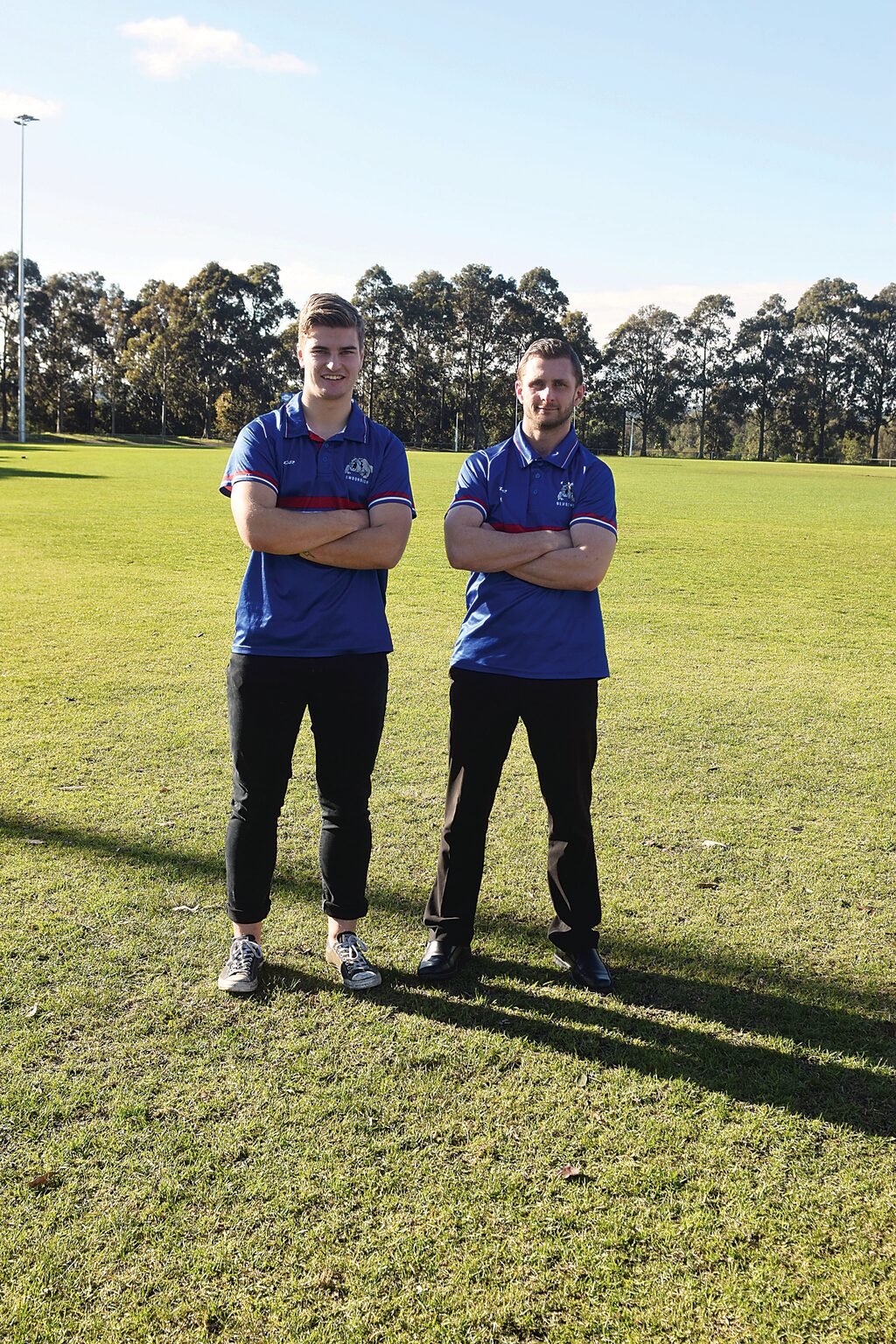 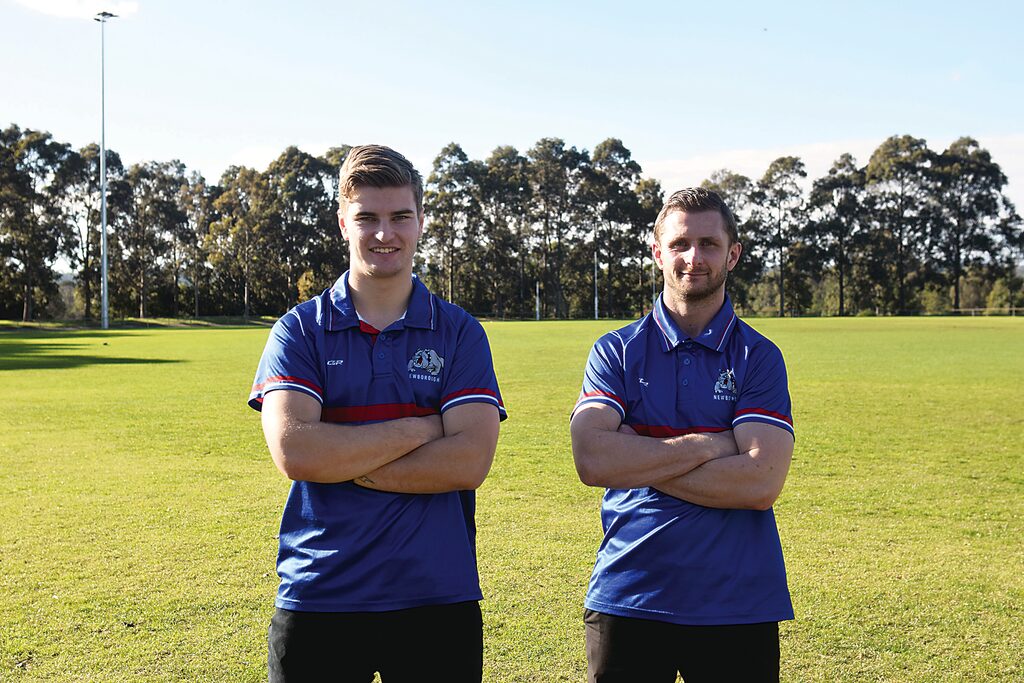 FOOTBALL
MID GIPPSLAND
By LIAM DURKIN
THERE were calls for president’s shout at the Newborough Football-Netball Club last weekend after every grade of football and netball won.
While such a feat may be commonplace for clubs currently enjoying their time in the sun, the achievement was something of a landmark moment given the Bulldogs are currently well and truly in a rebuilding phase.
Winning at home against Thorpdale gave players and officials plenty to smile about, and made the club’s mid-season ball later that night all the more enjoyable.
Fielding what could well be the youngest senior football team in Gippsland, Newborough has shown some promising signs this season under the tutelage of playing coach and Gippsland League great Peter Ainsworth.
Newborough overcame a 17-point deficit at half-time last weekend, and remarkably, kicked 18 goals in the second-half to run away with the game, much to the delight of the coach.
“I put it up to the boys at half-time and said we can either go one way or the other,” Ainsworth said.
“The most pleasing thing was the boys stood up, our effort and pressure all over the ground increased and I was just stoked with the way we finished off the game.”
With an average age of just 22, which would come down even further if Ainsworth was taken out of the equation, the Bulldogs coach said on-field results were not the be-all-and-end-all at this point in time.
“As long as the effort is there and we are having a crack that is all I can ask for,” he said.
“I know that being a young team we’re not going to win every game, but if we can come off the ground with our heads held high and no regrets about how we play that’s all I can ask.
“We’re getting better each game. Since the first four games we haven’t been blown out of the water.
“I had a goal at the start of the year to win six to eight games – with a shortened season that’s not going to be possible but at the moment I think it would be a pass for the team.”
Leading the rebuild is Newborough captain Alex Skinner, who said his main message to the team each week revolved around putting into practice habits that would make those around him not only good footballers but good people as well.
“If we are playing for each other and not focusing on individuals and coming together as a team, hopefully the rest will fall into place,” he said.
“Because we are such a young team, looking at our backline on the weekend there weren’t many blokes that had played over 10-15 senior games, if the effort is there then we are generally in the game.
“We’d love to pick up a couple more wins but as long as we are progressively staying in the game for longer periods of time I think that will be a big positive at the end of the year.”
There are shades of Wayne Carey in Skinner, who like Carey is leading a senior team at just 21 years of age.
Although it is fairly unheard of to entrust so much responsibility in someone so young, the appointment of Skinner to the role speaks volumes of his maturity.
The man himself counted is a “great honour” leading the club, carrying on the tradition of father Craig who also captained the Bulldogs senior team.
Now into his first proper season as a senior coach, Ainsworth, who played 364 senior games for Moe and was only 10 away from the all-time Gippsland League record, said he had received great support from respected Newborough people such as Robert Wilson, Dean Caldow and Jake Bowden in helping him find his feet.
“It’s been good, challenging at times, as each week’s gone by I’ve enjoyed it more and more,” he said.
“At the start of 2019 I didn’t really think about coaching. Dean Caldow asked me how I’d feel about coaching Newborough and we just got together every month or so and the more he talked about it the more we discussed things … I knew I was coming to the end (at Moe), eventually I decided it wouldn’t be a bad thing to do the timing was right.”
The Bulldogs will face good challenges against Yinnar and Fish Creek in coming weeks, and should end the season on a high when it takes on Stony Creek at home in the last game.