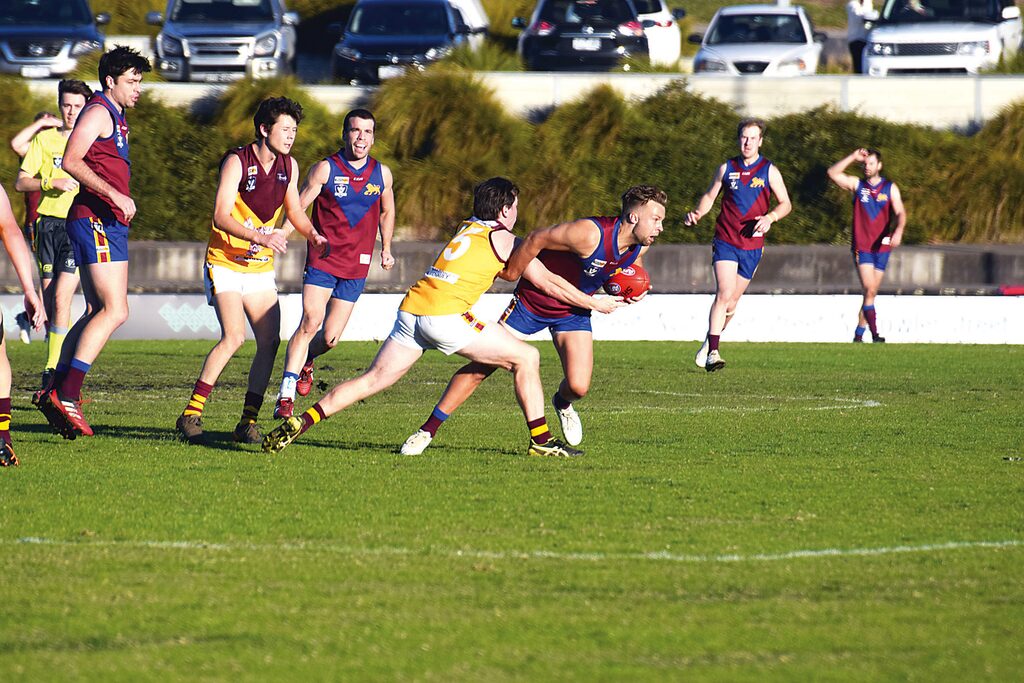 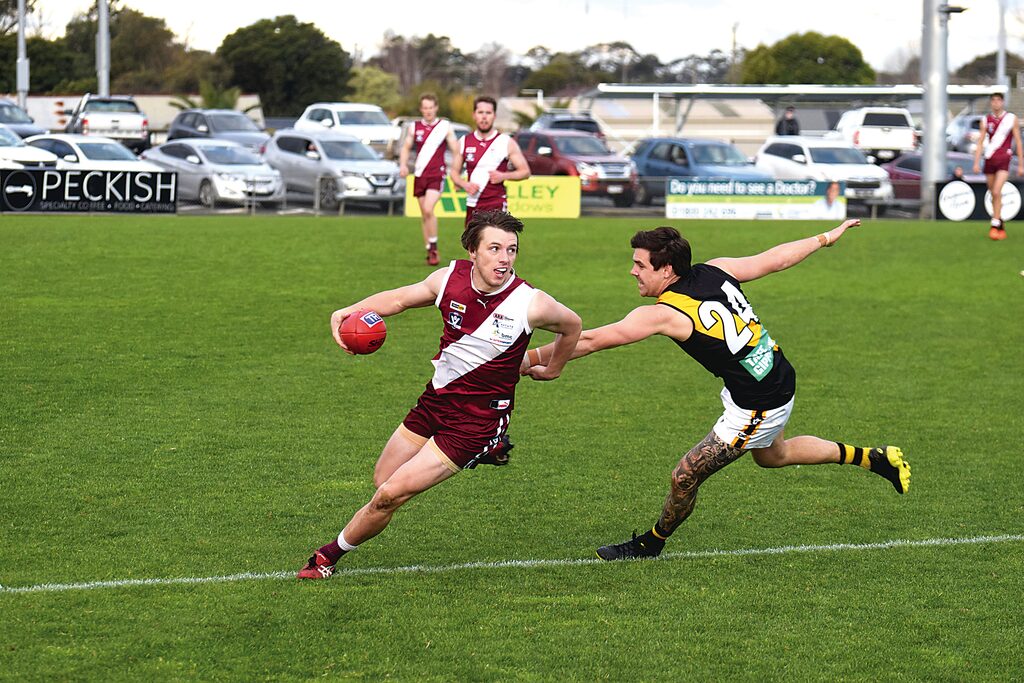 Caught up: Moe’s Scott Van Dyk is tackled by Drouin’s Cambell Jolly as he attempts to run to space. photograph tom gannon