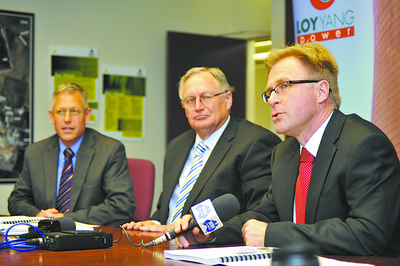 Loy Yang Power Station’s efforts to improve its bottom line by tightening maintenance expenditure can only go so far, and must ensure it does not compromise safety, according to the local trade union.

Gippsland Trades and Labour Council secretary John Parker said while maintenance contractors could not compromise core maintenance requirements to ensure the plant reached its projected 2040 end date, they needed to ensure “capital pressures did not cloud” the continued need for safe levels of maintenance.

This comes after a five-year contract was signed on Monday with maintenance contractors Lend Lease and Siemens Ltd, to maintain LYP’s main turbine/generator and boiler shutdown maintenance respectively.

“Unfortunately all the power stations are under pressure, and they have to trim maintenance as low as they possibly can,” Mr Parker said.

LYP chief executive Ian Nethercote said while one of LYP’s chief goals in the five-year contract was to improve maintenance efficiencies, thereby reducing costs to the station, it would not represent a “scale back” in maintenance.

“We certainly haven’t changed our maintenance philosophy, which is one major outage every six years with short outages for each unit to maintain parts and integrity; that’s still our plan,” Mr Nethercote said.

Mr Nethercote said Monday’s contract, with expenditure expected to exceed $100 million, was part of LYP’s perpetual search for “things that can be achieved to remain competitive”.

“There’s a degree of expectation there for us, and of ourselves, to get better all the time; this five-year contracts allows us to do that,” Mr Tucker said.

Mr Parker said from a production perspective, due to LYP’s projected life span, the contractors could only take their savings so far.

“If they cut back on maintenance one year, they will have to increase the next year because things will break down, so they have no choice there,” Mr Parker said.

Mr Parker said regardless of which maintenance company was contracted, a skill shortage in the Valley would ensure most local specialised maintenance workers would continue to be utilised by the contractors.