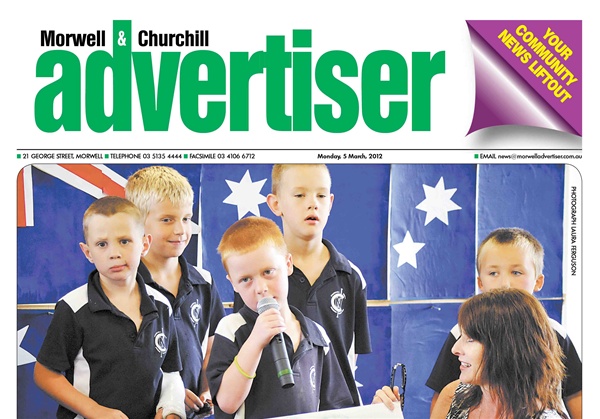 THE changed nature of Morwell has been depicted in new welcome signs erected over past weeks following several years of campaigning by Advance Morwell.

Advance Morwell projects manager Max Williamson said his group recognised that Morwell had “changed in nature from an industrial, coal mining” town to a town with a “beautiful rose garden with world-wide recognition for its excellence” and it sought to have that change represented in new signs at the town’s entrance points.

“We wanted to build on that image of Morwell as a town of roses and we thought it would be nice to have the roses depicted on those signs,” he said.

The group’s plans were hindered by Vic Roads bureaucratic processes which took about two years to resolve though Mr Williamson said he understood why VicRoads had initially felt the plans conflicted with its standards.

“The signs were not to have any graphic representation on them – words and defined items were allowed but not any pictures or graphics,” he said.

He said VicRoads believed pictures could be distracting and it had to “guard against a proliferation of them”.

“We were disappointed with that and we thought we might seek higher approval,” he said.

Mr Williamson said the signs, which he claimed were much more distinct than those that preceded them, had attracted a favourable response so far and that people felt they were “much more likely to be noticed”.