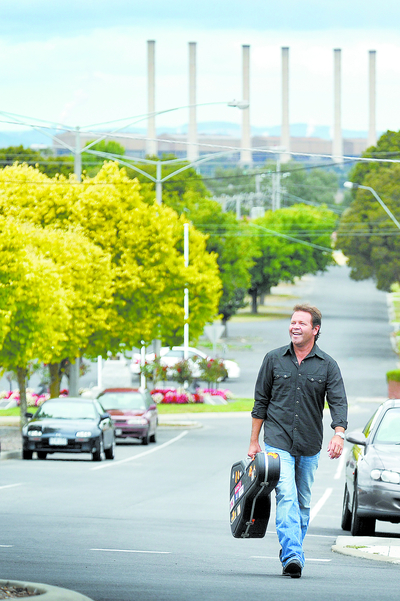 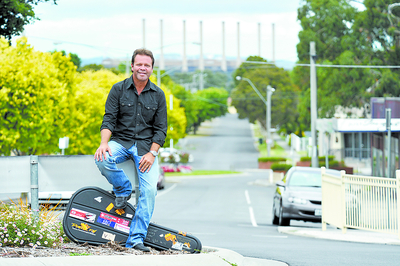 COUNTRY singer Troy Cassar-Daley admitted he sometimes walked out of hardware stores with things he did not really need for his house.

“Taking pride in your home isn’t corny or small town; it’s what we do.”

Mr Cassar-Daley’s new album, ‘Home’, which was released on Friday, is the result of his experiences during and after the 2011 Queensland floods.

Deeply affected by the floods, he said it was inevitable the experience would influence something, and this album was the result.

“We had two-and-a-half metres of water through the bottom of our farmhouse,” he said.

“When we started the clean up my wife and I were arguing a lot about priorities.

“Then we realised we had to make ‘us’ our priority.

“We could fix the house – we just had to make sure that we stuck together and we’re on the same page.”

During that time, Mr Cassar-Daley said he grew a lot as a person and wanted to share with people the positives he drew from the disaster.

“I grew so much in myself and in my relationship with my wife; it brought us closer,” he said.

“I realised that I’m married to an amazing woman and I have beautiful kids that love me and are respectful to me.

“Why not write about that?”

As a songwriter, Mr Cassar-Daley said he believed this may have been the shakeup he needed.

As a listener, there was an appealing sophistication to ‘Home’ that supports that theory.

To reflect those personal changes, he wanted to do the album differently.

Mr Cassar-Daley followed his dream of recording the album in Nashville, with a hand-picked group of musicians.

After contacting Keith Urban, he said all the right things seemed to fall into place.

Claiming to have “felt like a student on the record,” Mr Cassar-Daley reminisced about the “hero worship” and “respect” he felt for the musicians he worked with, including George Jackson and Alan Jones, who he had admired for most of his career.

“To have those guys playing and enjoying my songs was amazing,” he said.

“I learned so much from them.

“I wanted to make a world class record for the people here in Australia, and what better way to do it than throw my songs at these guys to see what they could do.”

Recoding Australian songs with Americans also provided Mr Cassar-Daley and his band with plenty of light-hearted moments during the sessions.

“They kept saying they loved the songs, but didn’t understand the slang – they didn’t know what a ‘ringer’ was, or a ‘swag’ so I’d have to explain every last detail,” he said.

So if you’re wondering what Mr Cassar-Daley has planned post ‘Home,’ the answer is nothing, really.

Right now he wants to give the album the time it deserves.

“When you have an album that you’re particularly proud of, I think you just need to give it some time and let people know that it’s out there by taking it on the road,” he said.

As part of his national tour, Mr Cassar-Daley will perform at the Italian Australian Club in Morwell on Friday, 23 March.

He also wants people to know that he does leave small gaps in his set for requests.