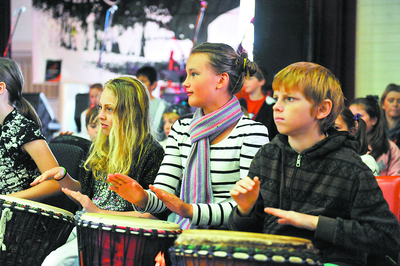 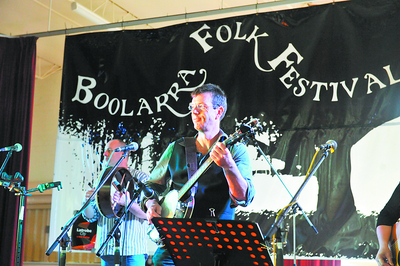 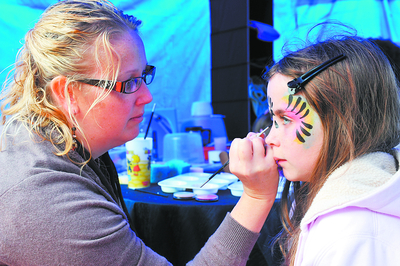 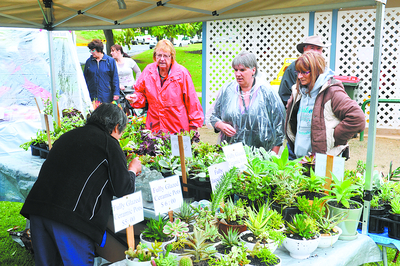 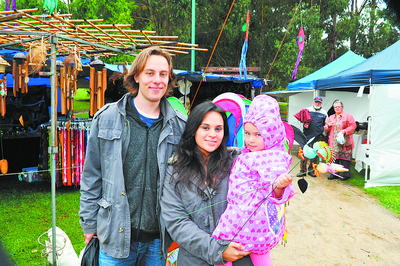 On a day of unseasonally heavy rain, the Boolarra Folk Festival delighted music lovers and locals, with around 2000 people turning out despite the weather.

The 10th annual festival was due to be held in Centenary Park, but the constant rain meant alternative arrangements had to be made.

The organisers did an incredible job, moving 14 acts into two venues – the local bowls club and memorial hall.

The bowls club in particular provided an intimate setting where music was enjoyed, accompanied by devonshire tea and cakes.

Face painting was also popular with the children.

The school drumming performance by Boolarra Primary School students got the musical side of the day underway, and was enjoyed by participants and the cheering crowd.

People of all ages enjoyed the strong musical lineup, with Jenny Biddle endearing herself to the audience with her lyrical melodies and genuine sense of humour.

The Stillsons was also popular, performing songs from various genres including indie rock and folk, perfect for showcasing Ross Richard’s talent on the lap steel guitar.

Later in the afternoon, local favourites The Strzelecki Stringbusters delivered an energetic performance for the adoring crowd.

Many in the audience were familiar with their tunes, and towards the end of the set most people were clapping or singing along to ‘You Are My Sunshine.’

The festivities continued into the night at the football club, where an ‘open-mic’ proved to be a lot of fun and very popular.

Organiser Ian Southall was pleased with the turnout, especially given the conditions.

If this year is anything to go by, the 2013 festival will certainly be an event to put in the calendar.