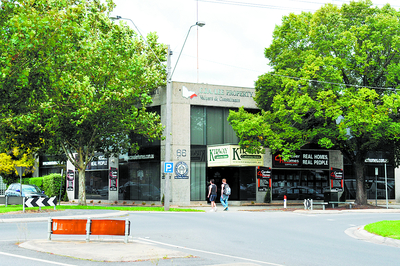 THE collapse of Kirway Constructions has been interpreted as “a sign of the times” for the construction industry.

In an open letter explaining the company’s decision to go into voluntary administration, Kirway general manager Allan Williams said despite the company’s best efforts, it was a victim of the “decline in the construction industry”.

Mr Williams said while recent government stimulus packages had “appeared to boost the construction industry in the short term”, they brought forward projects which would have otherwise “occurred steadily over many years” into a “short term window”, while encouraging more companies to “get up” into the commercial construction market.

“Now that those works are complete, more companies exist and are chasing less available work,” he said.

“The effect of this is we are seeing Melbourne companies in the regional areas.

“We are seeing companies bidding for and winning work at cut-throat margins, and with preferred builder arrangements, regional operators can’t access (these projects).”

Mr Williams said Kirway had bid for and lost “more than a handful” of local commercial projects to Melbourne based companies over the past year, but would not divulge which projects it had vied for.

“We cut prices and margins as high as we legitimately could (in tender processes), but in some circumstances we were resoundly beaten on tender prices; it was entirely uncompetitive,” Mr Williams said.

Gippsland Trades and Labour Council secretary John Parker said while over the last two years, stimulus money as part of the Building the Education Revolution and community housing projects were in some ways “the saviour of the Gippsland construction industry”, he agreed undercutting was a trend that had become endemic in the industry.

“It puts enormous pressure on smaller contractors and builders; people can’t afford to do that – it’s like playing Russian roulette; if you price a job to such a close margin, you can get caught out.”

Mr Parker said it was a high-risk way to run a business and had caused the demise of a number of companies in the past.

“If you’ve got a million dollars in your back pocket, you can afford to shoulder that 10 per cent; some Melbourne groups can afford to do that, but there’s too much variables in the industry – you only need to have a bad season for it to all fall apart.”

Mr Parker quoted a Pakenham earthmover who said undercutting was the worst he’d seen for “at least” a decade.

He also referred to a Ballarat commercial project going to a “major builder” recently, who quoted nine per cent below the actual project cost in order to win the bid through the tender process.

Churchill electrician and retrenched Kirway employee Eric Seegers said there was no doubt the local construction industry was heading in the wrong direction.

“You know things are really bad when a company that’s been in the district for a period of time and won awards has to fold up,” Mr Seegers said.

“There’s something really wrong in the industry when things like this happen; seeing businesses outside this area win work here while locals are high and dry.”