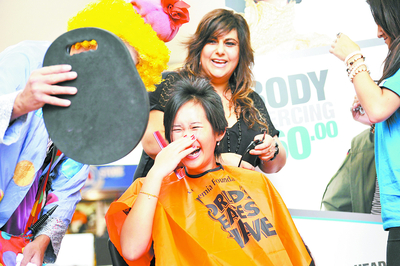 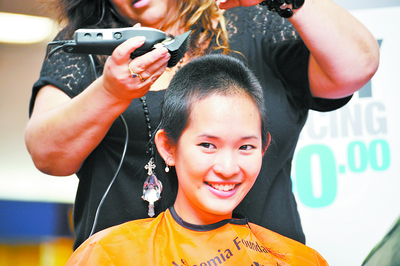 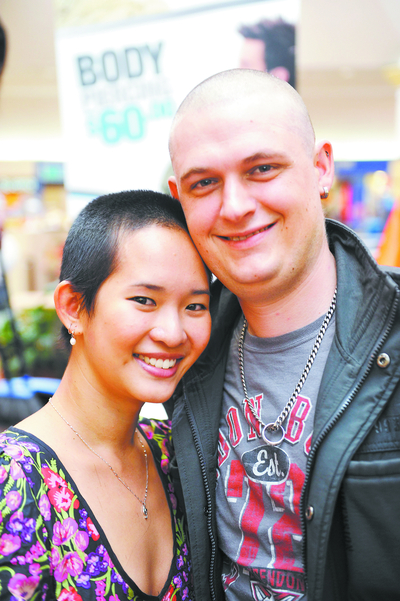 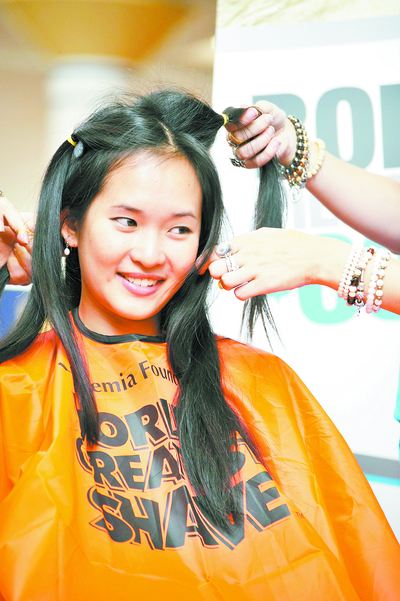 MUCH like many of my other “hair”-brained schemes, the decision to lop off my locks as part of the World’s Greatest Shave was a spur-of-the-moment decision I arrived at, egged on by my enthusiastic colleagues.

But from the moment I made the decision, right up to the time I walked off-stage during the Leukaemia Foundation’s event at Stockland Traralgon on Friday, I had no regrets.

After all, hair grows back, and cancer patients often do not have a say whether their hair stays on or falls out if they undergo treatment.

I have had long hair for many years.

I thought in its natural condition, I would donate it to a wig-maker to possibly send to Cancer Council Victoria, or to a cancer patient looking for a wig.

Together with my husband, Tim Murphy, we formed the team “Scruffy Murphys” (a nod to an Irish pub we saw while we were on honeymoon in Phuket recently).

Tim had decided early on in the year to participate in the World’s Greatest Shave, and I wanted to show him my support.

Amazingly, the money has kept on coming in.

Both of us have close relatives who have been affected by cancer; my aunt has breast cancer, and his uncle died of leukaemia last year.

We were both overwhelmed by the support of friends and colleagues from Australia and overseas.

In fact, nearly a third of the money I raised came from friends back home in Malaysia, which was amazing considering the high exchange rate.

While people have been generous with their praise and support for Tim and I, I believe the real heroes are those with cancer who continue to express the will to live, their carers, and those who work tirelessly promoting awareness and searching for a cure.

May they find it soon.