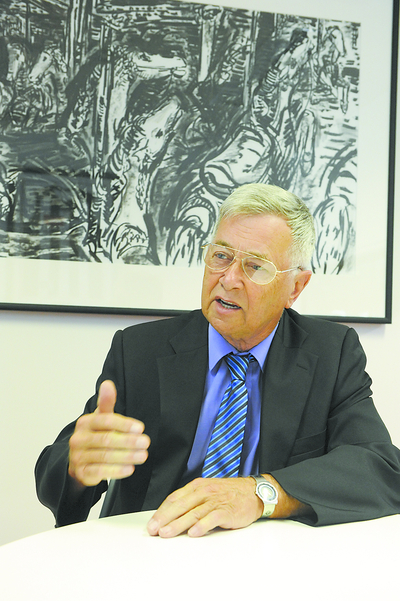 LATROBE City Council has welcomed this week’s news that tenders will be thrown open shortly for expanded use of the Latrobe Valley’s brown coal reserves but wants to ensure its future use is “value-added here”.

The Valley’s coal was a huge resource not be ignored, Latrobe City Mayor Ed Vermeulen told The Express.

Though he maintained he was a firm believer in climate change, Cr Vermeulen emphasised “coal is not the problem, carbon is” and said moves to mitigate carbon were vital to ensuring the continued use of the Valley’s 400 years’ worth of coal.

Though the mayor said he was “not denying the significance of renewables”, he claimed “scientific, economic and social conversations” about coal were open to misinterpretation by extreme groups.

“I am saying let’s stick to the factual stuff and set a reasonable debate,” he said.

“The greens are right about not constructing more brown coal power plants, but I would add ‘in the same way’ (as they have operated to date)”, Cr Vermeulen said.

He referred to the potential for modern plants to use new, cleaner technologies and potentially sequester carbon; and asked “what’s wrong with that?”

He maintained the much lower water content of coal-derived briquettes automatically reduced the product’s pollution potential.

“It is not absolutely carbon neutral but it is developing a huge resource and mitigating against carbon,” he said.

Though deep divisions in political circles have been evident this week over the State Government’s confirmation of a future coal allocation strategy for the region, Cr Vermeulen said he was “heartened” by indications of consistency between the state and federal governments on the issue .

“There is a broad consensus that we have a future,” he said.

Cr Vermeulen acknowledged brown coal-related economic growth was possibly easier for the State Government to sell given Victoria’s current job woes but said that was “a part of the democratic process”.

The mayor said council’s own discussions with overseas and local business interests confirmed claims by the State Government and mining industry that numerous companies had their eye on the Valley’s resource.

In response to further claims the region could see a resource boom akin to that of Queensland and Western Australia, Cr Vermeulen was more conservative.

“I wish that could be,” he said, “we will work on it and hopefully we will end up there”.