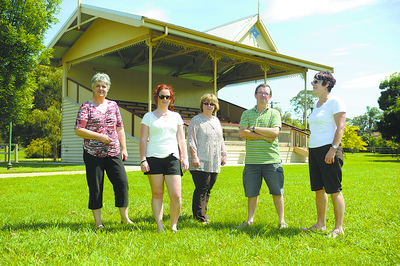 In a public notice published in The Express (19 March), Commonwealth Mining announced it had amended the application to exclude coal bed methane, months after it came under significant concerns about potential CSG extraction in the area.

“Following consultation with the Department of Primary Industries, the company has agreed to withdraw from the application the rights to any coal bed methane as a target mineral for exploration,” the announcement said, adding it was never the intention to explore for CSG.

Commonwealth Mining, a 100 per cent owned subsidiary of Lakes Oil NL, which is involved in on-land gas exploration in south and central Gippsland, filed an application to the DPI in October, listing ‘coal bed methane’ along with brown and black coal as the commodities the company was interested in locating.

A Toongabbie-based action group, ‘Community Over Mining’, formed off the back of the licence application said potential CSG extraction in Gippsland was one of its chief concerns, while friends of the Earth spokesperson Cam Walker challenged the company to alleviate community concerns.

“The ball is in the company’s court; they just need to untick that commodity box,” Mr Walker told The Express in December.

COM organiser Tracey Anton said while she took the move by Lakes Oil as a step in the right direction, members of the community with concerns about mining activity in the region were still left in the dark.

“Because they are looking for active exploration sites either sides of Toongabbie and Cowwarr, what does this now mean? Will they be core drilling? There’s still questions remaining because there’s no other communication,” Ms Anton said.

The move reflects a similar action taken by Mecrus Resources in August 2011, which withdrew the coal and coal bed methane targets from its exploration application in Western Victoria after facing significant community concerns.

Lakes Oil chief geologist Ingrid Campbell said she was concerned about the level of unfounded community concern interfering in exploration activities by mining companies, which were protected under the mining and petroleum regulation.

Dr Campbell said this move did not hail a precedence for Lakes Oil in future explorations, and said it would approach community concerns on a “case by case” basis.