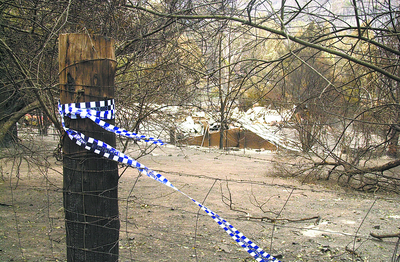 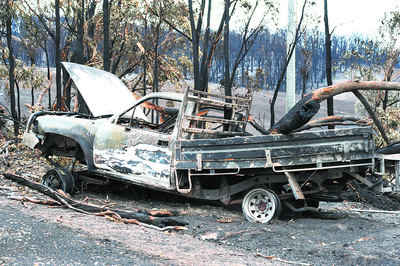 THREE years on from Churchill’s Black Saturday fires, accused arsonist Brendan Sokaluk was convicted, but the verdict brings little solace to the families of the bushfire victims, according to a grieving parent.

Shirley Gibson, who lost her two sons during the fire which destroyed their family home, said she “collapsed and cried” after hearing Sokaluk had been convicted of 10 counts of arson causing death on Tuesday.

“I’m not pleased about the verdict, it is not going to bring my boys back,” Ms Gibson said.

“It is hard to comprehend that you have lost your children before you, it is not supposed to be in that order; they should still be here enjoying life.

“But perhaps it might save someone else because he won’t be out there anymore to do it again.”

They were caught at the property when the wind changed about 6.15pm on 7 February 2009.

The remains of the brothers were found inside the burned-down house.

Ms Gibson said after the verdict she had been left with a sense of “what’s next?”.

“Hopefully once he is sentenced, it will all be over,” she said.

“(The verdict) brought it all back up again, it has been three years and it is not going to go away, it will never go away.”

Explaining the pain and recovery during the past three years, Ms Gibson said she “takes one day at a time”.

“I’m a bit like an alcoholic, I take one day at a time; I wake up and hope today is better than yesterday,” she said.

However, Ms Gibson’s said the “weight on my shoulders” was affected after Sokaluk’s lawyers announced they would appeal.

After hearing local radio station listeners show remorse for Sokaluk, Ms Gibson said she was “angry and upset” by the insensitivity shown to the victims’ families and friends.

However, she encouraged the community to show compassion for his family.

“I feel sorry for his parents; some people have been giving his family a pretty hard time, but it was not the family’s fault,” Ms Gibson said.

“They can’t be blamed for what their child did.

“I hope Brendan gets some help in prison and I hope I can pick up the pieces and my family and I can get on with our lives again.”

Ms Gibson praised the support efforts of Victoria Police and the investigation team, Task Force Phoenix, community members and families of those deceased who had “supported one another above and beyond”.

“I have found a lot of compassion in people, I have learnt wonderful things about people during everyday life,” she said.

“We are better people after all this, although I am now without my husband, who died of an illness after the fires, and my boys; we have learnt some big things about ourselves, neighbours and about our supportive community.

“I tended to be a bit cynical, but have learnt the community is a pretty good place.

“My daughter said she was glad it was over, maybe we can pick up the pieces and move on,” Ms Gibson said.