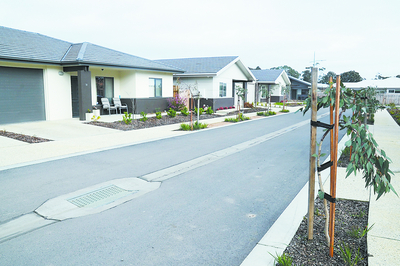 REDUCED rates for retirement villages in the region are being investigated by Latrobe City Council.

Dalkieth Heights Retirement Village made a submission to council to consider lowering rates for retirement village residents because they maintain their own roads, footpaths and streetscapes.

“We realise we need to pay a rate… but we are looking to council to give us, at the village, reduced rates,” Mr Churchill said.

As part of the officer’s report, consultation between Brimbank, Frankston, Knox, Seaford and Manningham councils, who offer a reduced rates system, would be conducted.

However, Latrobe City Mayor Ed Vermeulen doubted retirement villages could “mount a similar argument” to farmers who receive a 25 per cent reduced rate due to large capital outlay.

“The report will give more information on this proposal for council to consider in due time,” Cr Vermeulen said.

“It will show whether it is an option at all and what would be the down side if you had a significant reduction of income (for council) because there are quite a number of various levels of aged care homes in the area.”

However, Latrobe City councillor Dale Harriman urged councillors to support the report and consider the infrastructure and services provided by the retirement village.

“I find it interesting that other councils have come up with an option,” Cr Harriman said.

Councillor Darrell White supported Cr Harriman’s views and said “without being absolute… it is worth considering”.

He said the report would determine whether a reduced rate for retirement villages would be a viable option for the Latrobe Valley.

As the construction of retirement villages increases across the region, Latrobe City councillor Sandy Kam said there was a need to investigate the implications of a reduced rate on council.

The report is expected to be completed and presented before council in May.