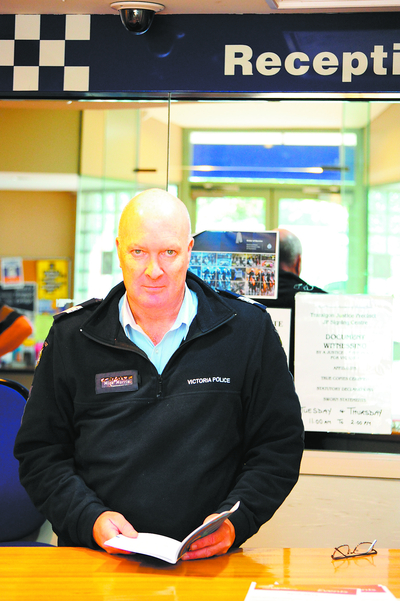 CONTINUOUS weekends of unruly behaviour has caused Latrobe Valley police to plead with party hosts to “know the laws”.

Recently, one party resulted in several arrests and the use of capsicum foam while other parties were “tying up” police resources for hours.

The spike in out-of-control parties has been attributed to school holidays and police have begun campaigning to educate hosts about party-related laws.

Moe Police Sergeant Mick Morris said there was a lack of understanding with the “move-on” law as well as the benefits of registering parties.

“People were taken into custody and there was the deployment of capsicum foam, these (are the) sort of situations we are trying to avoid by educating people,” Sgt Morris said.

“Gatecrashers and intoxicated people congregating outside, either before or after a party, and often joining with others create the biggest risk.

“Assaults and property damage are the main issues that may, and often, do occur.

“We need to work together.”

He said issues surrounding “breach of the peace” were also evident when closing down parties.

“Police may give a direction to a person to leave a public place and ‘move on’ if the member suspects the person is breaching or likely to endanger the safety of another person,” Sgt Morris said.

“A person failing to move on may be arrested for obstructing police.”

Failing to move on individuals may receive an official warning notice, a $244 penalty notice or a court order.

He said a major concern was people having parties and failing to register them with Police.

“If people register a party they can work with the police who can identify risks and give advice and minimise intoxicated guests ruining your party,” Sgt Morris said.

“However if they don’t, it hits us by surprise.”

The impact of social media meant the likelihood of “gatecrashers” was severely escalating.

He said the days of the “bush telegraph” were over with Facebook large-scale advertisement which created the issue of “unwelcome and uninvited” guests.

“At one particular 18th birthday party this occurred and uninvited guests showed up,” Sgt Morris said.

“Fights and damages occurred in the near vicinity.

“When we got called we were faced with a hostile crowd, they were intoxicated and abusive.

“We needed to assist the host of the party who had requested we shut the unregistered party down, it was a difficult situation and one we need to avoid.”

Another warning was directed at minors consuming alcohol.

“The new law which came in to effect late last year, means it is an offence if people at your residence are drinking alcohol without the consent of their parent or guardian,” Sgt Morris said.

The offence carries a penalty of more than $730.

“The message is that we don’t wish to be seen as the ‘Party Police’ nor should people expect the police to be their personal crowd controllers,” he said.

“People need to be responsible for the parties they organise and provide adequate supervision to ensure there is minimal interruption to their neighbours and the party is enjoyable for their guests.”

To learn how to register a party visit your local police station.