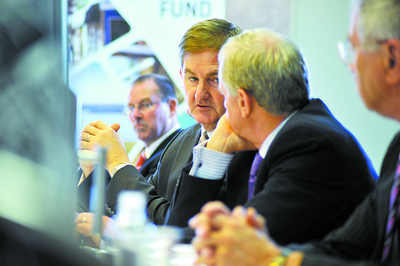 Suggestions the Latrobe Valley could transform to a mining export hub on the scale of the Pilbara would require massive investment in new technologies and transport infrastructure, according to ministers.

Federal Resources and Energy Minister Martin Ferguson told an international brown-coal symposium new technologies had the potential to see the Valley join the ranks of Australia’s other great mining regions, according to a report in The Age.

Following Friday’s business and industry round-table in the Valley however, both Federal Regional Australia Minister Simon Crean and State Regional and Rural Development Minister Peter Ryan were more circumspect about that vision.

“The virtue of that is it is located immediately adjoining Barry Point, an already established facility, and this would give Gippsland a huge competitive advantage, particularly in the sense of movement of bulk cargo, both in and out.”

“We are not so much interested in containerised movements but rather bulk cargo, and this is one example of how – if we can get a direction out of the work now being done by the (Latrobe Valley Transition) Committee, it will enable us to fund these initiatives, in concert with private enterprise.”

Asked how the Valley could genuinely position itself as ‘another Pilbara’, Mr Ryan said technologies were still being developed to “see how (brown coal) can be properly harvested” and available for export.

“It is a very significant part of our future and we have to stop being apologist about brown coal…it is a huge asset for us, the world is looking to us to be able to provide it…and I am confident that we will,” he said.

Mr Crean said the market would determine whether private investment in those technologies happened.

Asked what would happen if new technologies could not prove their capacity for large-scale application, Mr Crean said industries unable to operate in cleaner ways “would pay the price”.

He said he was confident, however, that the Valley’s industries would find “smarter solutions” and “significant” industry grants would help them.