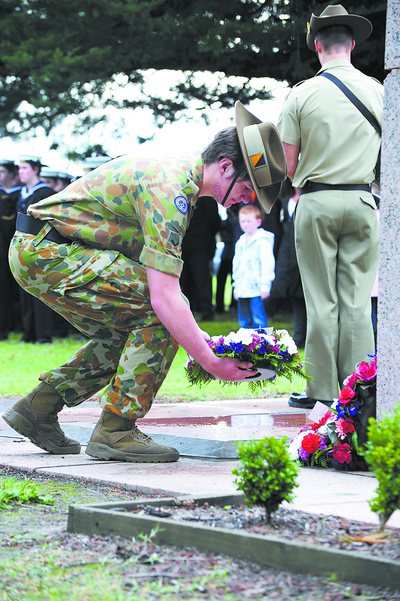 Mr Adams hit back at “silly and unfounded remarks” about the strong Anzac tradition, saying “the tradition unites the country”. To support his views, Mr Adams read Banjo Paterson’s poem, We Are All Australians Now.

Yallourn/Newborough Returned and Services League president John Schulz said he was optimistic the Anzac tradition would continue because of the overwhelming attendance from local schools. The service was attended by students, groups, clubs, residents and emergency services, many who paraded to the Newborough cenotaph.