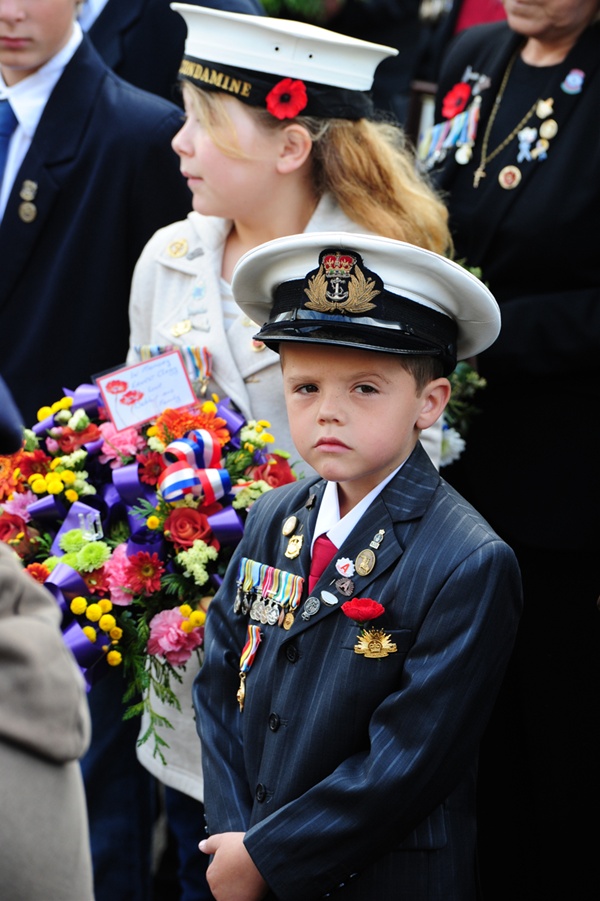 ANY doubt about the strength of the Anzac spirit was convincingly dispelled in the Latrobe Valley yesterday.

Anzac Day parades and ceremonies across the Valley drew huge crowds, including hundreds in some of its smaller towns, and a growing presence of children was widely evident.

Event organisers were deservedly blessed with respite from the forecast rain and by noon the sun was out.

Yesterday also marked the 70th anniversary of the establishment of the Australian Women’s Land Army and, at several services, women were guest speakers.

At the noon Morwell service Major Wendy Jeffrey told the crowd Anzac Day belonged to the Australian and New Zealand people, not just their armies, and attempts to quantify the term ‘Anzac’ could not do it justice.

She said the “furnace” that was Gallipoli saw Australians “forge the Australian nation” and today’s generations were “the inheritors of that legacy”.

The legacy has lost none of its relevance, according to observers of yesterday’s ceremonies, which stretched from the smaller communities of Rosedale, Tyers, Glengarry, Yinnar, Trafalgar, Newborough/Yallourn and Walhalla, and included the townships of Moe, Morwell and Traralgon.

As services commenced, towns stood still. Hymns, prayers and anthems were lead by community identities and past and present servicemen and women. Most services and marches were supported by Latrobe City’s bands and various cadet squadrons. There were numerous poignant moments. At Morwell’s dawn service two young children bought poppies out of respect for their father, who served in Iraq.

In Trafalgar, Returned and Services League President Ray James read out the stories of some of the town’s former servicemen, named on its cenotaph, who had died at war. The stories, researched by a former digger, personalised wartime tragedy and included a letter written to the mother of a soldier, advising her of the death of her boy.

After Yinnar’s wreath laying concluded, a young boy and girl proved the ceremony had touched them by laying their own makeshift wreath of branches at the cenotaph.

In Walhalla the shooting of historic rifles and a cannon ball echoed eerily through the valley in a cloud of fog. The tiny town’s Anzac Day tradition has evolved from modest beginnings 30 years ago, and yesterday at least 150 people braved the chill, some ferried by bus, to pay their respects.

In Tyers, community members held crushed rosemary in their hands – the ‘remembrance herb’ that grew wild in the fields of Gallipoli – and heard the personal tale of local resident Andy Hammond who lost his pop, a decorated former serviceman, recently.

In Glengarry, the town’s children were out in full force, with the march dominated by Glengarry and Toongabbie primary school students and Glengarry’s cubs and scouts. Royal Australian Air Force Flight Lieutenant Shane Mann told the crowd Anzac Day reflected “the very heart of our nation” and would “live on”.

The spirit was alive and well in Traralgon, Morwell and Moe with large numbers of school children and families standing alongside older generations, lending truth to the words of one spokesperson who said the Anzac spirit “resides in all of us”.

The strength of crowd numbers surprised some veteran parade patrons yesterday. They showed the values inherent in Anzac Day continued to endure, if not grow, and, in the words of Major Wendy Jeffrey, “that is why age does not weary it”.