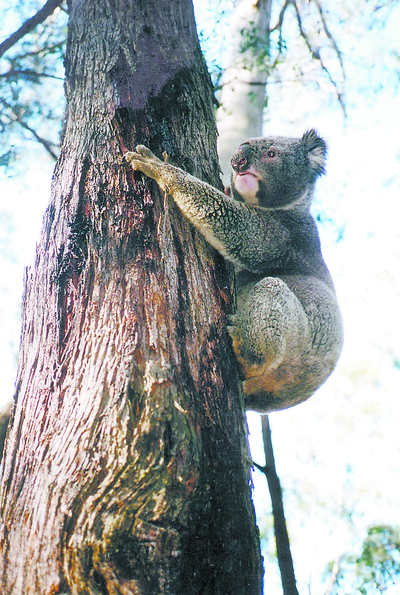 In a recent decision by Federal Environment Minister Tony Burke, the local koala population failed to be included on the national threatened species register, while ‘at-risk’ populations in Queensland, New South Wales and the Australian Capital Territory met the criteria.

Friends of the Earth spokesperson Anthony Amis said the Strzelecki koala population has had thousands of hectares of habitats in timber plantations converted over the past 14 years, while the 2009 Churchill and Boolarra bushfires burnt about 20,000 hectares of koala habitat.

“All the evidence is pointing to a very bleak future for the Strzelecki koala, which has lost 50 per cent of its habitat in the past decade due to logging and fire,” Mr Amis said.

“If this habitat loss is not endangering the Strzelecki koala, then the minister’s view must be very blinkered.”

Friends of the Gippsland Bush spokesperson Suzie Kent said the government and Hancock Victorian Plantations were doing nothing to “curb the ravages” of koala habitats through their ongoing timber harvesting.

“Obviously our working plantation sits alongside native forest in Strzeleckis, so our plantations are supplementary to the native forests in our holdings, which are protected,” Mr Wentworth said.

Mr Wentworth said the company had done considerable work over past years to allow the migration of koala populations come harvesting time, including extensive mapping of koala populations within its plantation base, and provided operator training to recognise koala habitats and allow for relocation.

“The Strzelecki koala does not suffer from the problems of inbreeding which makes it more robust than its translocated cousins; its population is clearly unique and this simple fact appears to have eluded the minister,” Mr Amis said.