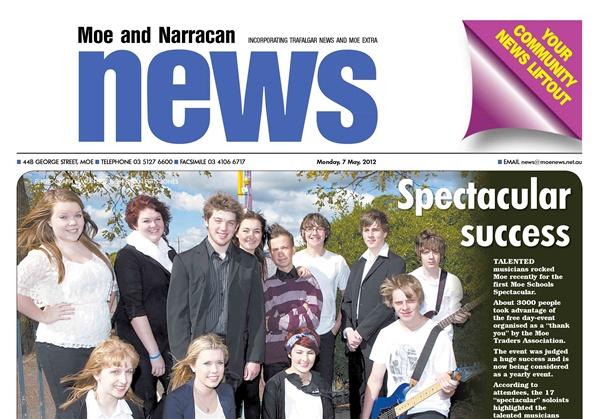 FOUR months after the changes to the region’s bus services, Yallourn North Action Group are encouraging commuters to “get on board” and visit the town.

With town services more than doubling and new connectivity to Traralgon, YNAG members believe Yallourn North is beginning to have a strong connection to Latrobe Valley towns.

“We have more services now and basically we would like more people to take advantage of that,” YNAG member David Hood said.

“We are worried that if we do not utilise the service in Yallourn North, they (Latrobe Valley Bus Lines) might reduce the services.”

Latrobe Valley disability advocacy groups have campaigned against the service changes, arguing lack of consultation has resulted in inadequate improvements.

However, Mr Hood said there was “no large promotion” of the new services but sufficient consultation with the community was conducted. At the launch of the new services, the State Government announced the improvements resulted in a 79 per cent increase in Latrobe Valley Bus Line service levels. “A large percentage of the population is elderly, who don’t drive cars, now there is the improved bus services I’m sure they will take advantage of that,” Mr Hood said.

However the services have not been entirely well received because of the time lapsed between consultation, according to Mr Hood.

“There have been some negative responses, but since the initial consultation three years ago, there has been nothing,” he said.

During the initial consultation, Mr Hood said he urged Department of Transport representatives more than three years ago, to connect the town to Traralgon and was “glad someone listened”.

He encouraged more commuters to use the Moe to Traralgon, via the Yallourn North service which is about 15 minutes quicker than the services via Morwell.

“In terms of exposure of our community, the more people that go through the town and see it will become more aware and interested in what we have to offer,” Mr Hood said.

“Sometimes you can feel a little isolated living out in Yallourn North because you are not quite considered close to the other towns, now we have additional public transport, the benefits mean we are a little more connected.”

“In our views connecting Newborough, Moe, Yallourn North is critical for our residents, we support any infrastructure and improvements to the town centres” Mr Gelagotis said.

“Like anything new there may be a few issues, but we are working with those affected to overcome these.”