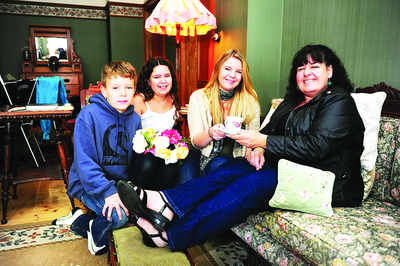 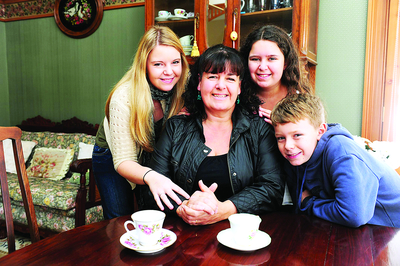 MOST mothers would testify it does indeed “take a village to raise a child”, but for one Traralgon mother, her faith and trust in a higher power is what helped her raise her brood of eight.

This Mother’s Day, 50 year-old Linda Dungey will be surrounded by seven of her eight children, whose ages range from 29 to 10 years, and will enjoy a variety of things they have planned for her.

Mrs Dungey enjoys an exceptionally close relationship to her children, all of whom she home-schooled at some stage, depending on their needs.

“Having the children around helped me learn a lot more about myself, and my own strengths and weaknesses,” Mrs Dungey said, adding she began home-schooling her children after she witnessed the success her sister was having with her own children.

“Because I’m with them a lot more, during the holidays it’s not like ‘I can’t wait for them to go back to school’; we’re all used to being together.”

Despite having to run a household of 10, Mrs Dungey has kept her cool and is the glue that holds the family together, according to 20 year-old daughter Ellenah, a second year nursing student at Monash University Gippsland.

“Mum has always kept the house running smoothly and things never get chaotic; all of us get along really well and there are no fights,” Ellenah said.

“She is a great cook in addition to being our teacher, nurse, and centre of our home.”

When asked what her secret was to keeping calm, Mrs Dungey said “God, and faith”, adding she does not worry about things that may be out of her control.

Mrs Dungey, who celebrated her 30th wedding anniversary with husband Barry last year, said it was important to keep the lines of communication within the family open.

“Not being judgmental is important, as well as really listening to the children and not expecting them to have your experience and knowledge (of life),” Mrs Dungey said.

“They each need to travel on their own journeys.”

Daughter Ellenah agreed, saying her mother was an exceptional listener who never judged her.

“I know I can always rely on my parents, who have always been here for us even when we make not-so-smart decisions,” she said.

Growing up in a home packed to the rafters, Ellenah said family holidays to Queensland were always an event.

“We’ve always had a seven or eight-seater car, and it was always packed,” she said, with a smile.

“I don’t know how Mum does it; I couldn’t have eight children.”

When asked about her hopes for her children, Mrs Dungey said she hoped they would all have a relationship with God, and find something in life which gave them fulfilment.

“I hope they will be happy and fulfilled, and do what they are meant to be doing,” she said.

For the former nurse, who is in the midst of relocating to Warragul with the rest of her family to be closer to her eldest son and her three grandchildren, said she was looking forward to “the start of a new phase in life” and takings things as they came.

“I am always open to possibilities,” Mrs Dungey said.