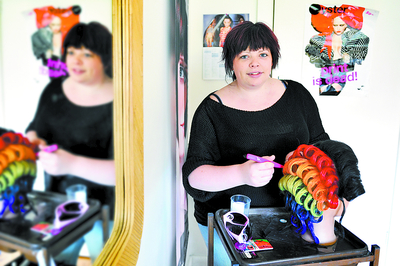 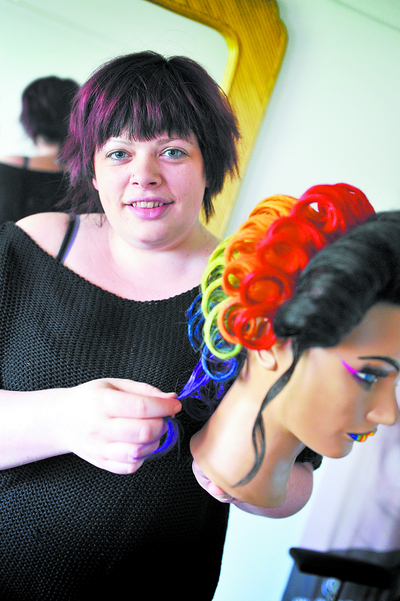 Since being diagnosed with Tourette’s Syndrome at the age of seven, Morwell’s Natalie Purves has been hiding her condition from everyone but those closest to her.

“It was something that I’ve never really wanted to accept; it’s been really hard over the years,” Natalie said, speaking publicly about her condition for the first time.

Tourette’s is ridiculed in popular culture as outbursts of swearing and bad behaviour; however, Natalie is pushing to change this perception. For Natalie, the neurological disorder has been a lifelong source of bullying and social isolation, often interpreted as ‘acting out’ and ‘attention seeking’,

“School was horrible; I’ve been bullied a fair bit over the years for it,” Natalie said.

“I remember being in a fight with mum about having to go to school (pretty much every morning).

“I felt like I was always getting targeted because teachers knew I had behavioural problems.”

Living with Obsessive Compulsive Disorder and Attention Deficit Disorder did not make life any easier for Natalie.

Tourette’s Syndrome is characterised by rapid, repetitive and involuntary muscle movements and vocalisations called ‘tics’, which can involve behavioural difficulties.

While a person can delay a tic for periods of time through self’control, the urge eventually becomes irresistible, and must be preformed.

For Natalie, her tics can range from blinking, to suddenly grabbing someone’s leg and squealing.

After shifting between schools due to ‘behavioural issues’, Natalie said it all became “too overwhelming”. She dropped out of school in year 9, moved out of home, and ditched medication in an effort to deal with her condition on her own terms.

Natalie, now in her early 20s, is currently enrolled in a TAFE hairdressing course, where she can exert her levels of control, and is thinking of going back onto medication.

“I can be focused on something I love, and be doing that for hours without interruption from tics, but if it’s something I’m not really interested in, it’s very easy to get distracted .”

Natalie said finding a partner in the last two years, who has accepted her condition, has given her the confidence to accept and tackle life head on.

“He’s been really, really accepting of it; he opened my eyes up, if he can open his eyes to Tourette’s, than I should too,” Natalie said.

Natalie subsequently joined the Tourette’s Syndrome Association of Victoria earlier this year, an organisation which encouraged members to speak about their experiences to raise more awareness in society.

Speaking to The Express during Tourette’s Awareness Week last week, Natalie said she hoped to change attitudes Natalie a condition society knew so little about, that its only reaction was to make fun of it.

Natalie urged younger people, who knew someone with Tourette’s in school, to think about things from their perspective.