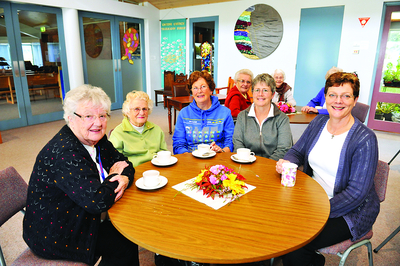 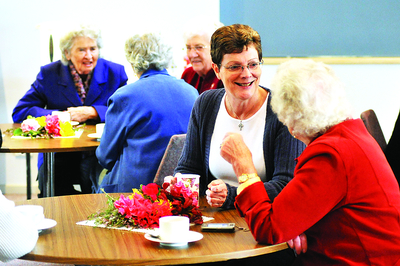 THE region’s chatterboxes are tackling loneliness head-on by talking about it.

One year after establishing Chatterbox, a church-supported program to reduce loneliness by getting people together to socialise, organiser Bev Palmer said the support group had been well received by the community.

“There was a group of us that got together and said ‘let’s have an occasion where people can come together and have a chat’, because we were all aware that there were lots of people who needed someone to talk to,” Ms Palmer said.

Since the beginning of the program, many members have attended as a way to make new friends.

“It is an opportunity for a chat; there is no agenda. It is (a chance to have) a cup of tea and to have a chat with people in similar positions,” Ms Palmer said.

She said the casual round-table environment allowed members to discuss anything from the weather, to holidays or their families.

Chatterbox founder Margaret Stephens said talking to others was an way for people to overcome loneliness.

“It’s been a wonderful opportunity for people who are normally shut in, or who don’t get out a lot, to have someone to talk to,” Ms Stephens said.

“By meeting up regularly, they meet different people from different walks of life than they would in their normal environment.”

She said the group’s motto was “bring a friend, meet a friend, make a friend”.

Chatterbox meets on the first Wednesday of every month at the Traralgon Uniting Church, Park Lane.