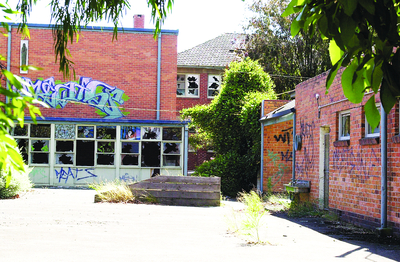 RESIDENTS’ cries about the increasing number of derelict properties have been heard, with Latrobe City Council agreeing to investigate new enforcement laws.

A motion to look into changes to Local Laws to assist councils in enforcing clean-up of “unsightly properties” was supported in Monday night’s council meeting.

“Our powers were very limited in this particular area and we can not do as much as people would like us to do,” Cr Vermeulen said.

“This has been a real problem for us for a long time because we have been limited in what we can do.”

He said the current laws only enabled council to interfere when there were health and safety risks, asbestos concerns and fire hazards.

“In some cases, after all the proper notices have been sent, we can send someone in to clean up the property,” he said.

Officers will investigate the matter and report to council by the end of July; if council are unable to change the laws, Cr Vermeulen said council would lobby the State Government for change.

Latrobe City Councillor Sharon Gibson said the issue had been of concern for several years.

“When everyone makes effort to make their home look reasonable and others for whatever reason leave theirs in a state of disrepair, it is just not fair,” Cr Gibson said.