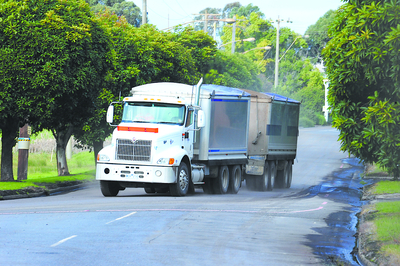 The Yallourn Power Station and mine workforce are feeling the reverberations of last week’s Morwell River collapse, as employees and contractors undergo a company-wide shake-up to assist TRUenergy’s response efforts.

In an effort to continue feeding Yallourn’s single online generation unit with coal, after supply conveyor belts were damaged by flood water, mine workers have been working round-the-clock to implement its “truck and shovel” operation since Thursday, with mine partner RTL Mining and Earthworks.

“It’s actually caused more work not less (in the mine); ‘truck and shovel’ is a much slower means of delivery, and requires more people than by bucket-wheel dredger and conveyor belt,” Construction Forestry Mining and Energy Union mining and energy Victorian secretary Greg Hardy said.

As of Friday night 20 trucks were transporting coal to the power station bunker on internal roads, while a further seven were being re-routed through the Yallourn North township, where speed limits have been reduced to 60 kilometres per hour.

It is believed mine employees have been asked to work extra hours in the effort, while there are moves to secure a more direct route to the power station, for what could be an operation lasting several months.

Inside Yallourn Power Station, where it is believed “opportunistic” maintenance work is being found while it runs at a reduced capacity, Mr Hardy said there was only so much station workers could do.

“I’ll be in discussions with TRUenergy about the ramifications on the power station supply side (this week), but they will start running out of things to do,” Mr Hardy said.

This comes as the current enterprise bargaining agreements for Yallourn power station employees is due to expire on 30 June.

Mr Hardy said he feared the current uncertainty within the station would adversely impact negotiations for a new agreement.

Further questions remain over how the station’s reduced generation capacity would affect major outages planned for Hazelwood and Loy Yang this year. A TRUenergy spokesperson could not respond to workforce questions by the time of going to print.