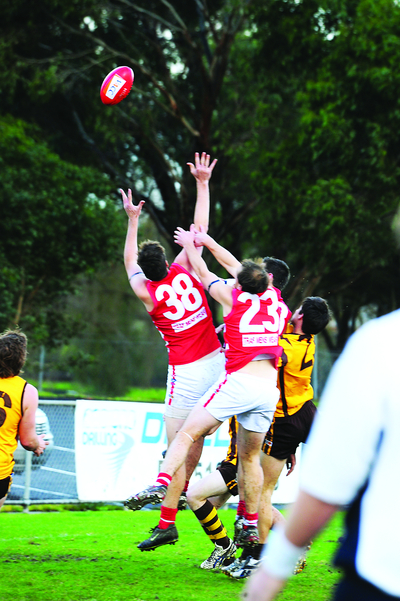 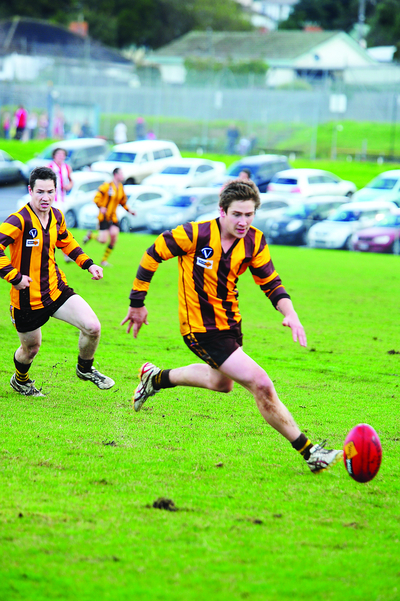 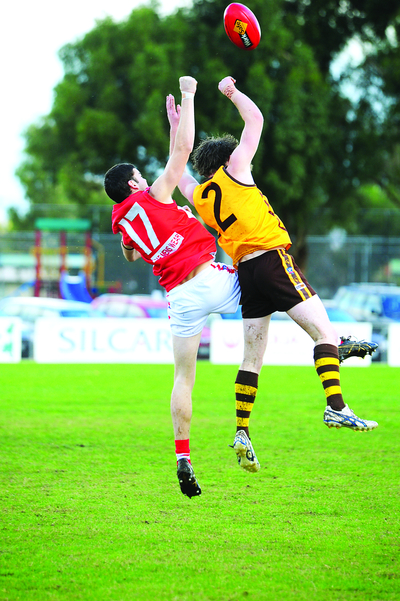 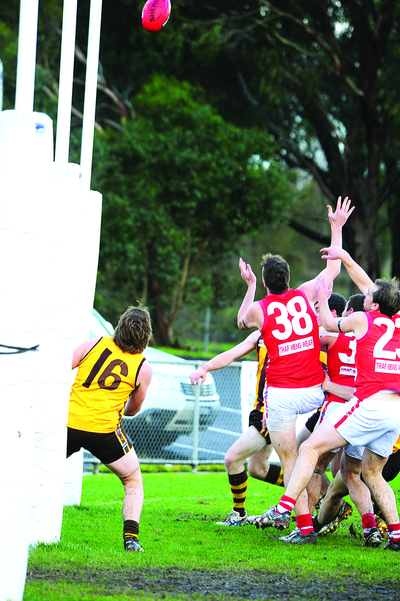 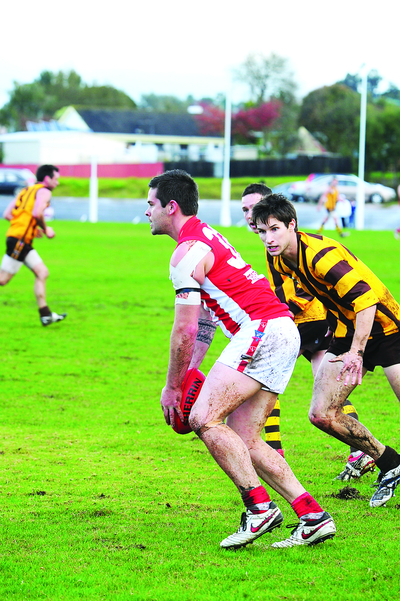 As the middle of the Mid Gippsland football season gets closer, teams are eagerly trying to set themselves up for the finals, which produced some exciting matches over the weekend.

Newborough emerged victorious over Yallourn Yallourn North 9.8 (62) to 7.12 (54), in a physical game which took place in muddy, slippery conditions.

YYN managed to keep the ball in its own forward half for most of the second quarter, and took the lead going into the second half.

While Newborough got plenty of possessions in its forward 50, it was unable to convert until minutes before the three-quarter break, with the Bombers leading by eight points.

The Bombers came out firing in the final term, opening with a goal to which Newborough replied, and went on to win the match despite gallant efforts by YYN.

Newborough coach Allan Chandler said his side played “poorly” in the first half, and the work rate of key players in the second half snatched the win.

“Full credit to them (YYN) because they completely outplayed us everywhere (in the first half),” Chandler said.

“The likes on Hancock, Kennedy, Risol, Alderuccio, Jacobs, Todd in the last quarter, just driving the ball forward and getting those crucial clearances got us over the line.”

Despite his team’s loss, Bombers coach Tony Price was proud of the way the Bombers played and was “treating it like a win”.

“Very hard to pick best players today because they all did their job,” Price said.

“They all tried their hardest…I think our boys busted their guts for 100 minutes; it was just unfortunate that we didn’t get across the line.”

Price said the side played four young players on Saturday, and was “extremely happy” with the way they put in.

Hill End made good use of the ball in the first quarter, and led by 15 at quarter time.

The Demons fought back in the second quarter, with James Dyer scoring their first goal and Jesse Giardina their second, but at half-time the Hillmen led by a goal.

Boolarra had most of the ball in the third quarter, but reaped no rewards for its efforts and only managed one point.

Boolarra scored a goal in the last quarter to close the margin to just a point.

The Demons kicked another behind not long before the siren, and Hill End celebrated a hard-fought victory.

Hill End coach Josh Tymenson went off with an injured ankle in the first half, but may be right to play in round nine.

It was goal-for-goal most of the day and Morwell East led by four points at quarter time, but the Bloods led by nine points at half time.

Trafalgar was scoreless in the third quarter, but Morwell East had not done enough to get itself in front and trailed by just a point going into the final term.

The game was scrappy all day, with lots of stoppages and neither team able to get a run on, as the wet conditions dictated.

With two minutes to go and the Bloods down by a point, young Hayden Farrell kicked a goal from the boundary to win Trafalgar the game.

Thorpdale coach Brett Sherriff said his team played well for two and a half quarters, with its third quarter the best.

Turnovers once again hurt the side, but Sherriff said skills were improving and he was happy with his players’ team work.

The Magpies held the Blue’s scoreless in the last to widen the margin from 49 to 88 points.

This win keeps the Tigers in third position, just one win off the top two.

Yarragon scored its behind in the second quarter, and was competitive without putting scores on the board.

The Panthers’ senior side has been featuring under 18 players in key positions, but since the Yarragon thirds are second on the ladder, those players have been concentrating on playing thirds.

This left the wounded Yarragon side without a strong forward line, and the bad news continues for the Panthers with midfielder James Wittmer, who recently returned from an ankle injury, went off with a serious bicep injury and will be out for the rest of the season.