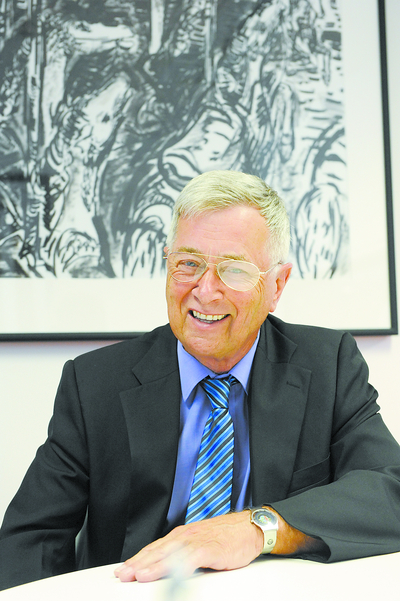 IN a bid to attract investment to the region and encourage job growth, Latrobe City Council representatives are in China meeting with potential investors.

“We are looking forward to representing Latrobe City and cementing relationships while looking for business opportunities,” Cr Vermeulen said.

On Monday, Latrobe City representatives attended Jiangnan University as part of a mayoral meeting to discuss the importance of the Two Plus Two, Monash University Gippsland exchange program.

“One of our biggest investments to the region is the number of students we have coming from China to our education facilities, that is a very big deal,” Cr Vermeulen said.

“We are meeting to reinforce the Two Plus Two student program and how important it is to us (Latrobe City).

Earlier in the year, the Sister City Japan trip was criticised for spending significant tax payer money during uncertain times.

However, Cr Vermeulen said the $25,000 council-funded Sister City trip had substantial economic and cultural benefits for the region as it developed strong relationships which “underpins any potential expansion or investment”.

“It is the strong relationships that will lead to results,” Cr Vermeulen said.

“It is different to what we do over here, we look at financial balance sheets.. it is not like that over there and we need to be aware of that.”

“We have (Japanese-owned) Australian Paper and there are developments going on there… we have Lion which used to be known as National Foods,” Cr Vermeulen said.

Today (in China) the mayor will meet with the Shanghai Electric Company and the Victorian Government Business Office China, which has “their ear to the ground over there”, to discuss potential business opportunities.

“This is another developing avenue for us to get some investment and there are a number of potential possibilities,” he said.

Companies inovled in coal drying technology will also be approached during the trip, according to Cr Vermeulen, who said council was targeting all opportunities “which resulted in jobs”.

“We need to get a greater diversity and a greater number of jobs to offset our potentially difficult future,” he said.