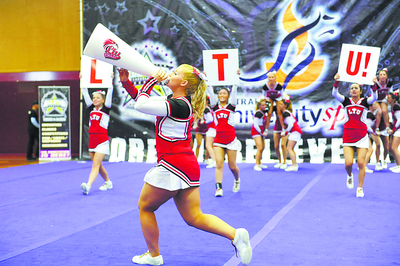 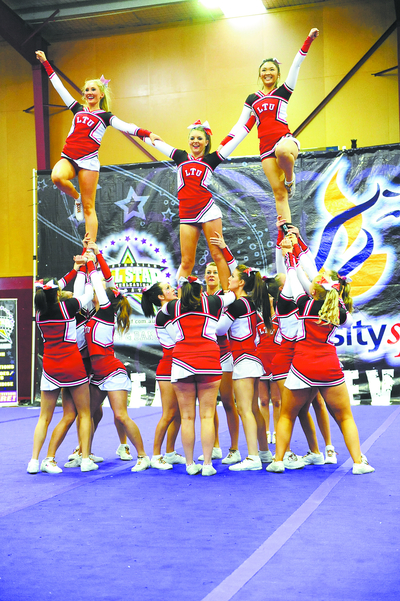 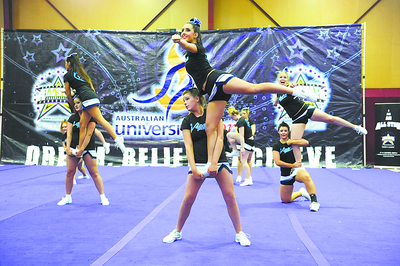 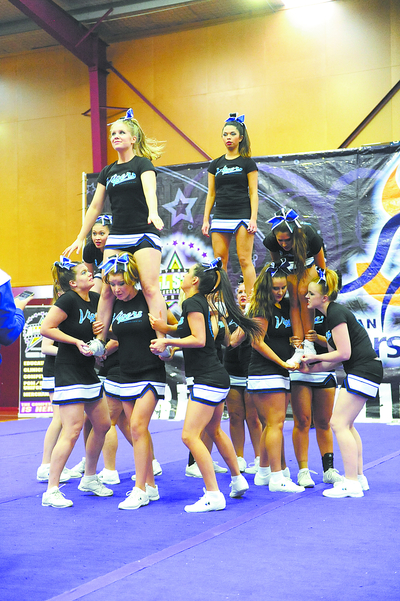 Latrobe Valley’s sporting venues have been bustling with activity this week, with about 1500 athletes competing in 15 events at the Southern University Games.

As well as traditional sports like tennis, golf and touch football, cheerleading and ultimate frisbee also made it onto the fixture.

When The Express spoke to SUG coordinator Jess O’Brien, she said everyone involved was pleased with how the event was running.

“It’s been pretty smooth so far; the weather hasn’t been too good, but we’ve been able to work around that pretty well,” she said.

“We’ve had great participation too which is important.”

Having attended a number of events, Ms O’Brien said her favourite was the cheerleading competition.

“The crowd at the cheerleading was massive,” she said.

“Never having seen a sport like that, the whole thing was just unreal.”

And it seems a lot of people agreed – it was standing room only for spectators at the cheerleading event at the Traralgon Leisure Centre on Tuesday night.

Melbourne University cheerleader Natalie Commons said she had a “fantastic time” at the event, with her team coming first in the pom division (dancing with pom poms).

“We were very happy with how we performed,” she said.

“This is the second year cheerleading has been at the SUGs, so we’re hoping it will be recognised as a full sport soon and taken up by the Australian University Games.”

With a background in dance, Ms Commons said she enjoyed “everything” about the sport.

“Because of my background, I love the gymnastics-type tumbling and dance,” she said.

“But I love the fact it’s a real sport which is challenging, but has that performance element to it as well.”

Ms Commons also said despite the sport being called ‘cheerleading’, in Australia cheerleaders rarely ‘cheered’ for other teams.

“Here it’s really just done as a sport in its own right,” she said.

“Sometimes groups do it for fundraising and things, but that’s about all.”

The SUG finish tomorrow with a closing presentation taking place after the final of the men’s basketball.

For details on fixtures visit