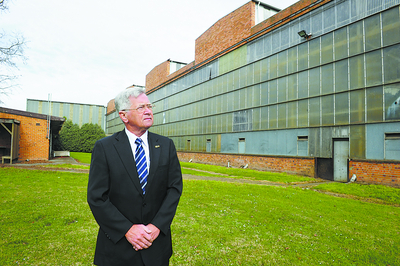 A CRISIS of confidence about the Latrobe Valley’s future has led to the worst downturn in commercial development ever seen, according to some of the region’s leading developers.

Amid calls for an urgent and clear direction on the region’s future from state and federal governments, the local building and development industry claimed this week “things have never been so tough here”.

They said a myriad of factors had combined to conspire against development in the region.

“Banks don’t want to lend, tenants don’t want to commit to leases and the only money going into commercial development has been coming from the government but they have run out of money too,” P and M Minster Constructions owner Paul Minster told The Express.

His sentiments were echoed by BFN Development director Brett Neilson who said “I was around in the early 1990s and it was incredibly tough through that recession, you could count how many things were under construction on one hand, and this is the hardest time we have had since”.

Another insider claimed “massive questions” loomed over where future Latrobe Valley jobs would come from and what level of growth towns faced had impacted negatively on local development.

He said this contributed to a significant drop in the number of planning and building approvals issued by Latrobe City Council over the past two years.

He concurred with the views of other developers that “feel-good” statements about the region’s future did not provide the concrete direction sought by investors.

“Realistically, the Valley is built on energy production and, if we are going to need an alternative, then tell us what is going to happen and when,” he said.

“There is no direction for the Latrobe Valley’s power industry – we don’t know and, as a community we need to know either way…is the power industry dead and buried?”

Latrobe City Mayor Ed Vermeulen said he had been speaking to Valley developers for many months and shared their concerns “about a decided lack of economic development in Latrobe City”.

“We are not getting our ‘fair share’ and Latrobe City is not making it attractive enough to stimulate interest in the investment community,” he conceded this week.

Cr Vermeulen advocated the establishment of a Latrobe City Investment Reference Group to include developers, investors, financiers, a real estate principal and other local business people, as well as council representatives.

The group would require council’s endorsement.

The proposal was welcomed by the development community this week as a “step in the right direction” though Mr Neilson said Latrobe Vision, an existing developer’s action group he chaired, had gained significant traction with council’s planning department in past months following lengthy periods of frustration with its processes.

In calling for an investment reference group, Cr Vermeulen said he thought planning laws and their application did not “facilitate the kind of projects we need quickly enough for us to continue to prosper”.

He called for governments to a set a “looser regulatory regime, within which market forces can decide which investment is attractive and where it goes”.

Speaking to The Express Cr Vermeulen said it was time to “get real” in terms of “getting projects off the ground”.

“This is not about abstracts but about getting big commercial projects happening,” he said, adding increased residential development activity would follow.

“We had 20 builders and developers at an investment meeting last month and when they were asked who the head of that unit was, not one person knew his name…now why don’t we know this guy?” he asked.

Frustration at lengthy delays in council’s planning processes has been widely expressed in past months, but Mr Neilson said there were “clear and positive signs” of change afoot.

“Latrobe City instigated a small group from Latrobe Vision to assist with developer forums that council holds and they want feedback from us on what we want…they are listening to us now,” Mr Neilson said.

“I have had a very clear example, of late, in the way council handled something in a very positive manner and I think we are starting to see some positive outcomes there.”

The current crisis in development owed more to wider uncertainty than local government bureaucracy, according to key developers.

“There are no big companies comfortable to sign leases when they can’t be sure of the viability of their business,” Mr Minster said.

He said a mining boom, the promise of a replacement power station being built before any closed and decentralising government departments to the region would reinstate confidence but for now, with the Federal Government’s contracts for closure scheme still on the table and no answers, “the Valley as a whole is very, very quiet”.