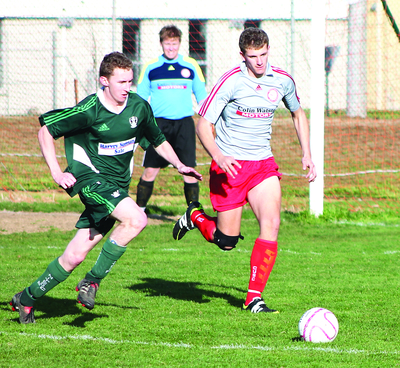 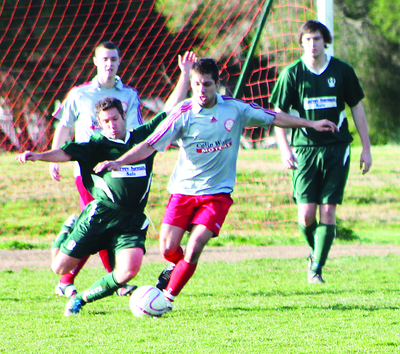 Traralgon Olympians has been in fantastic form in the past month of Gippsland soccer, while its opponent Sale needs to find something special to get its season back on track.

Last time Sale prevailed 2-1 at home but will find the Blues a tougher task this time, with spearhead Clayton Bell peaking having kicked a bag of goals in recent outings.

Sale will need more from target man Jon Piefke and flashy counter attacker Dave Myall if it is to get back on the winner’s list.

Traralgon City finds itself in a similar predicament to Sale having failed to step up to the mark at critical times in recent weeks.

It faces a massive challenge on Saturday night at Fortuna.

City needs at least a point from this fixture and after narrowly going down to Fortuna 2-1 the last time they met, they will fancy their chances of an upset.

Tommy Leckey will drill his side to play the full 90 minutes as they come up against a Fortuna side that has scored 17 times in its last four outings.

Also on Saturday night Churchill hosts Monash, with the Wolves expected to welcome back Trent Felici and Adrian Iacovou into the line up.

But they will again be without attacking weapons Eric Sostack and Coen Slaughter.

Churchill will include Nathan Lugton, Kwaku Dade and Dean Pyle who missed against Sale; however Mitch Jackson is not expected to come up.

Last time the Rams managed to overhaul Monash with some late goals to win an arm wrestle 3-1; expect a similarly tight match this week.

Newborough/Yallourn United showed its potential last week with an upset 3-1 win over Falcons and will hope to replicate its 4-2 win over Tyers the last time they met.

At home at Burrage Reserve the young legs of Zac Teller and Chad Shelley should provide the Combine with the edge over the seasoned Tyers line-up, which features Pavich brothers Mark and Shayne.

Last time these two met they played out an entertaining 3-3 draw.

Since then the clubs have had contrasting fortunes, with Moe heading up the ladder and Falcons remaining stalled at mid table.

Falcons have struggled this season much to the frustration of coach Mauro Deluca as he strives for consistency from his young side.

Moe is flying high having won six on the trot and at home should be too strong.