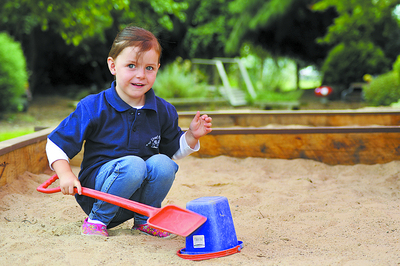 CHILDREN in the region will benefit from the Federal Government’s ambitious “universal access” policy after Latrobe City councillors voted to endorse the program beyond 2012.

Latrobe City Council was the first cluster manager in Victoria to transition its services from 12 hours per week to the 15-hour model.

“Families have responded positively to the 15-hour transition and have embraced the opportunity for their children to participate in quality preschool programs,” Cr O’Callaghan said.

“Council have done this while maintaining a robust pre-kinder program and I am pleased that this three year-old kinder model will continue to be incorporated into our preschool programs into the future.”

Funded by the Department of Education and Early Childhood Development, the policy has been well received by families and believed it would improved learning and relationships outcomes.

Despite the implementation of the 15-hour model, nine of the 911 children enrolled in the 2012 preschool program have continued to attend for 12 hours.

However, Cr Dale Harriman said the majority had welcomed the increased hours.

“There have been no hiccups with implementing the increased hours and most parents are rapt with it,” Cr Harriman said.

Despite councillors raising their fears during last week’s meeting about Federal Government’s ongoing funding uncertainty, Cr Darrell White said “we will face that hurdle when we get there”.