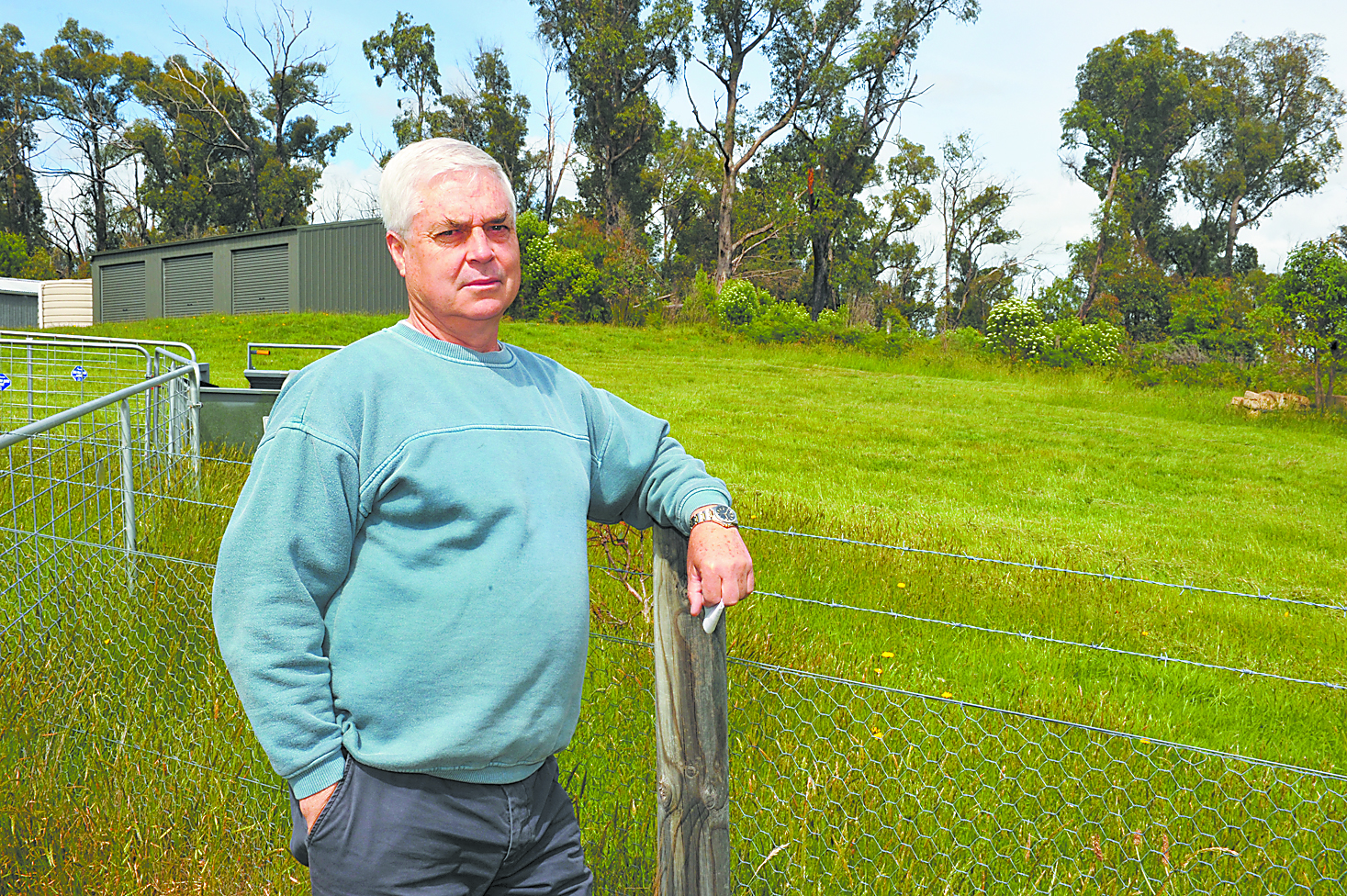 NBN Co can expect to face a fight over at least one key local site it has earmarked in plans to roll-out fixed wireless broadband in the region.

Hazelwood South resident John Anderson said he had been advised, only after pursuing confirmation from NBN Co’s contractors, that a site just 25 metres from a shed on his 12-hectare property had been identified to accommodate a 40-metre mono-tower.

The site is also just 100m from his home.

Mr Anderson said a site had already been pegged out on the property adjacent to his land, without any consultation with him, and he anticipated the proposed tower location would impact significantly on the amenity and value of his property.

The site’s selection followed what Mr Anderson called a brief process conducted on behalf of NBN Co which involved many local landowners being approached about their willingness to consider accommodating the towers as part of a lease agreement.

Mr Anderson said he agreed “in principle” to consider the possibility of having the tower erected on his land to ensure he retained some control over its specific location.

Despite hearing nothing further from NBN Co past its initial approach to him, Mr Anderson soon noticed a site within close proximity to his residence, but on an adjacent property, had been pegged out.

He said subsequent calls to NBN Co confirmed his suspicions the site had been selected for a mono-tower.

“When I asked someone from NBN Co if they would consider an alternative site they said ‘no’, and – in as many words – that they have already done the work and closed off their files and it would be inconvenient,” Mr Anderson told The Express.

“I am supportive enough of what they are trying to do, I think in principle NBN Co is a good thing and I am broadly supportive of it as a national project, but I am not supportive of losing $200,000 off the value of my property for the privilege.

“I see this as being simply addressed; there are more workable and acceptable sites not too far away, even within another 100 to 300 metres and, I think that for them not to consider that, is pretty unreasonable.” Mr Anderson said he was not suggesting the tower should have been located on his own land.

He said, however, he was concerned his property, potentially worth up to $1 million, could be negatively affected to the tune of about $200,000.

A local valuer told The Express while it was hard to quantify the impact of a telecommunications tower so close to a residence, “people live in country and rural areas because of landscape amenity and anything that impacts on that amenity, impacts on the property”.

“If I am a buyer in that price bracket and there was (a property with) no tower and then a property where it is conceivable I am facing an interrupted view… would it impact on my purchase decision? Yes, it probably would,” he said.

The State Government’s Code of Practice for Telecommunication Facilities in Victoria states such a facility should “be located so as to minimise any interruption to a significant view of a…vista or a panorama, whether viewed from public or private land”.

A spokesperson for NBN Co confirmed both Mr Anderson’s and his neighbour’s properties were among a number of sites Ericsson and Visionstream investigated to provide fixed wireless services to the area. “NBN Co and our contractors select sites based on a range of requirements, including radio planning, engineering and town planning requirements,” the spokesperson said.

“Mr Anderson was informed by Ericsson that his property was not selected as the preferred site.

“As part of Victoria’s State Planning Legislation Mr Anderson has the opportunity to make a submission in relation to the proposed site.”