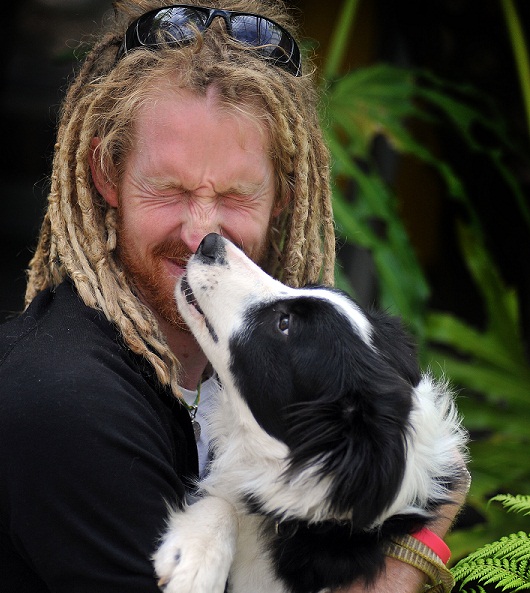 AS far as ice-breakers go, Border Collie pup Koda is already proving herself invaluable at fostering connections where they are needed most.

As a recent addition to the Berry Street Gippsland crew, Koda has been brought on board to provide animal-assisted therapy to disengaged adolescents involved in a suite of the organisation’s programs.

The use of animals in therapeutic settings is not new but more recent research has indicated its effectiveness in providing social and emotional support systems for disengaged youth, according to Berry Street Gippsland’s senior co-ordinator of the Gippsland Wilderness Program, Doug Moczynski.

Mr Moczynski said Koda had already visited Berry Street’s local school, the BEST centre, which catered for people aged 12 to 16 years who were disengaged from mainstream education, and the response had been “fantastic”.

Though Koda was not yet fully trained and had obedience classes to look forward to, the pup had also proved an early hit with Berry Street staff who gravitated toward her in the workplace “for a pat”, according to Mr Moczynksi.

He said research conducted with autistic youth showed they tended to “relate better to animals than humans” while Koda had already proved her calming presence on a particularly hyperactive Berry Street youth.

“Research has found (the presence of animals) can break down social barriers a little quicker because (young people) can focus on the dog and not on you,” Mr Moczynski said.

He said animal assisted therapy research shows the non-judgemental nature of animals comforted young people and made it easier for them to express themselves.

Mr Moczynski said Berry Street hoped those research findings would be evident as it increased Koda’s presence in Gippsland programs.

He said it is anticipated the pup will eventually attend Gippsland Wilderness Program’s regular camps which take up to eight adolescents on week-long camping, hiking and rafting trips to destinations including the Snowy Mountains and walks from Mallacoota to Eden.

Mr Moczynksi said the “non-directional” nature of the wilderness program aimed to connect with youth, who were disengaged from education and the community, and “give them a break from what is going on in their life and also help them realise what they are capable of by increasing their coping skills and problem solving skills”.

The camps are followed by three-day “reward” camps a month later where participants watch a DVD of their trip and share their thoughts of the experience through writing a journal.

Mr Moczynski said in an effort to maintain a relationship between Berry Street and the adolescents, a further “reconnection day” is held and “for about 12 months afterwards we keep in contact (with participants) on a one-to-one basis”.

He said challenges overcome by youth on the camps could be drawn upon later “when they can relate those experiences to what they are going through in their life and know what they are capable of managing”.