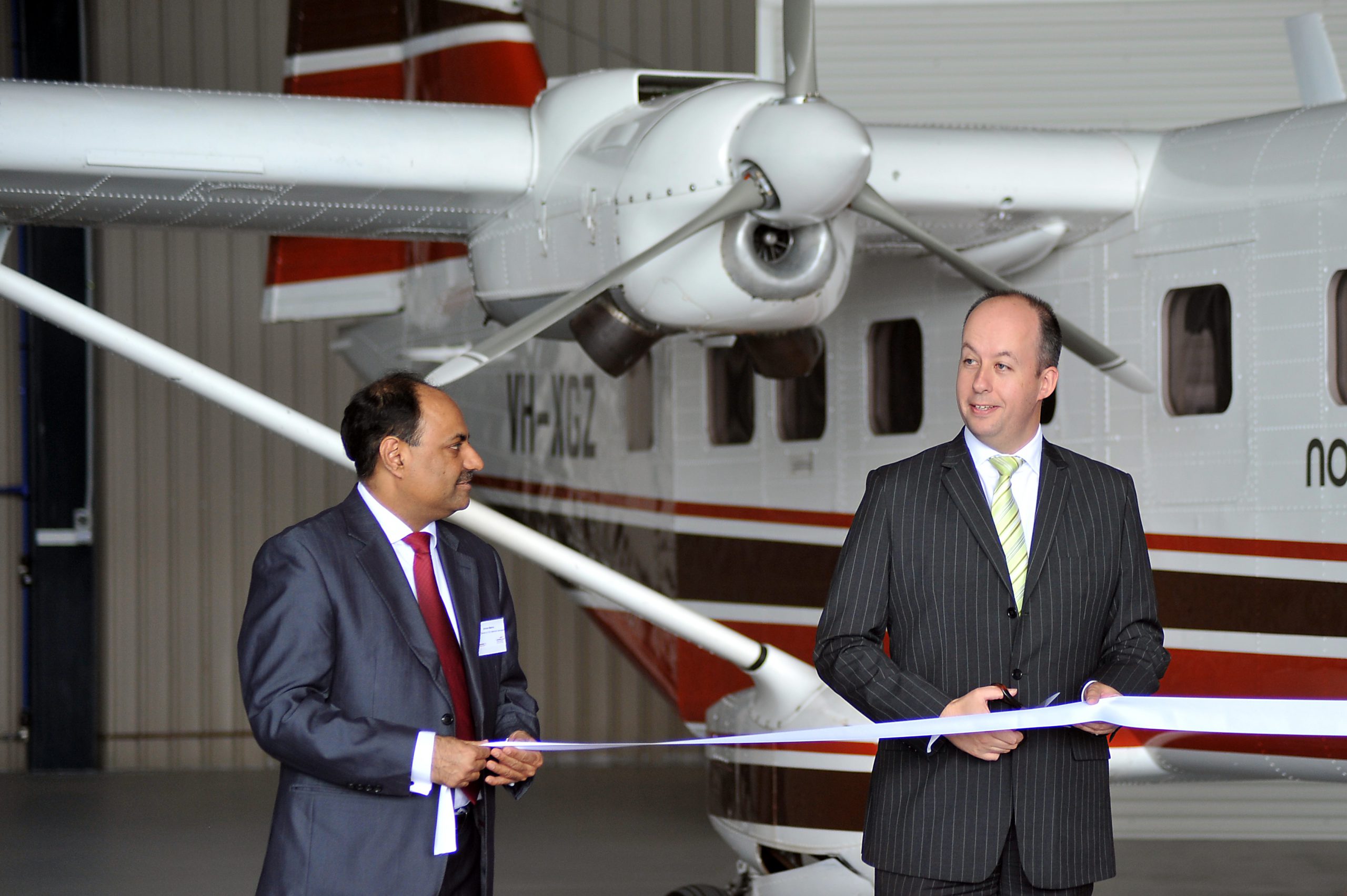 Latrobe Valley aircraft manufacturer GippsAero has reached another milestone in its ongoing expansion, with the formal opening of its new GA-18 prototype development facility last Thursday.

More than 100 GippsAero engineers and guests filled out the cavernous building, as State Aviation Minister Gordon Rich-Phillips, a self-confessed plane enthusiast, heralded the opening as a proud achievement in the Victorian aviation industry.

The facility will house the development of the GA-18 prototype, an 18-seat commercial craft based on the “successful” N24A Nomad design, which GippsAero’s owner, Mahindra Aerospace, believed would attract strong market take up when production began after a “two to three year” development cycle.

Mahindra Aerospace chief executive Arvind Mehra said after extensive and ongoing market surveys, there was a clear demand for the GA-18’s practicality, and relative affordability; a feature he considered characteristic of GippsAero’s current aircraft fleet.

“There will be no competition for this aircraft in terms of value for money, we showed that with the GA8 air van – there is no commercial plane with seven seats on the market for $750,000,” Mr Mehra said.

However, despite ongoing lobbying by Latrobe City Council, a site for market-scale production of the prototype is yet to be determined.

“Look, I don’t see why we should develop the plane outside Australia, and the Latrobe Valley does have an advantage in that we are already here, however that decision still needs some time to play out,” Mr Mehra said.

For GippsAero chief design engineer Bob MacGillivray, the development of the GA-18 is somewhat of a sentimental project; he was involved in initial testing of the N24A Nomad as a graduate engineer in the 1970s.

Of the 172 Nomads initially built, Mr MacGillivray said 50 were still in operation around the world; and were renowned for their short runway take offs and landings.

“This project is my baby; it’s a great plane to fly, and I’m very confident this project will take off , especially that we are now part of the larger corporation,” Mr MacGillivray said.