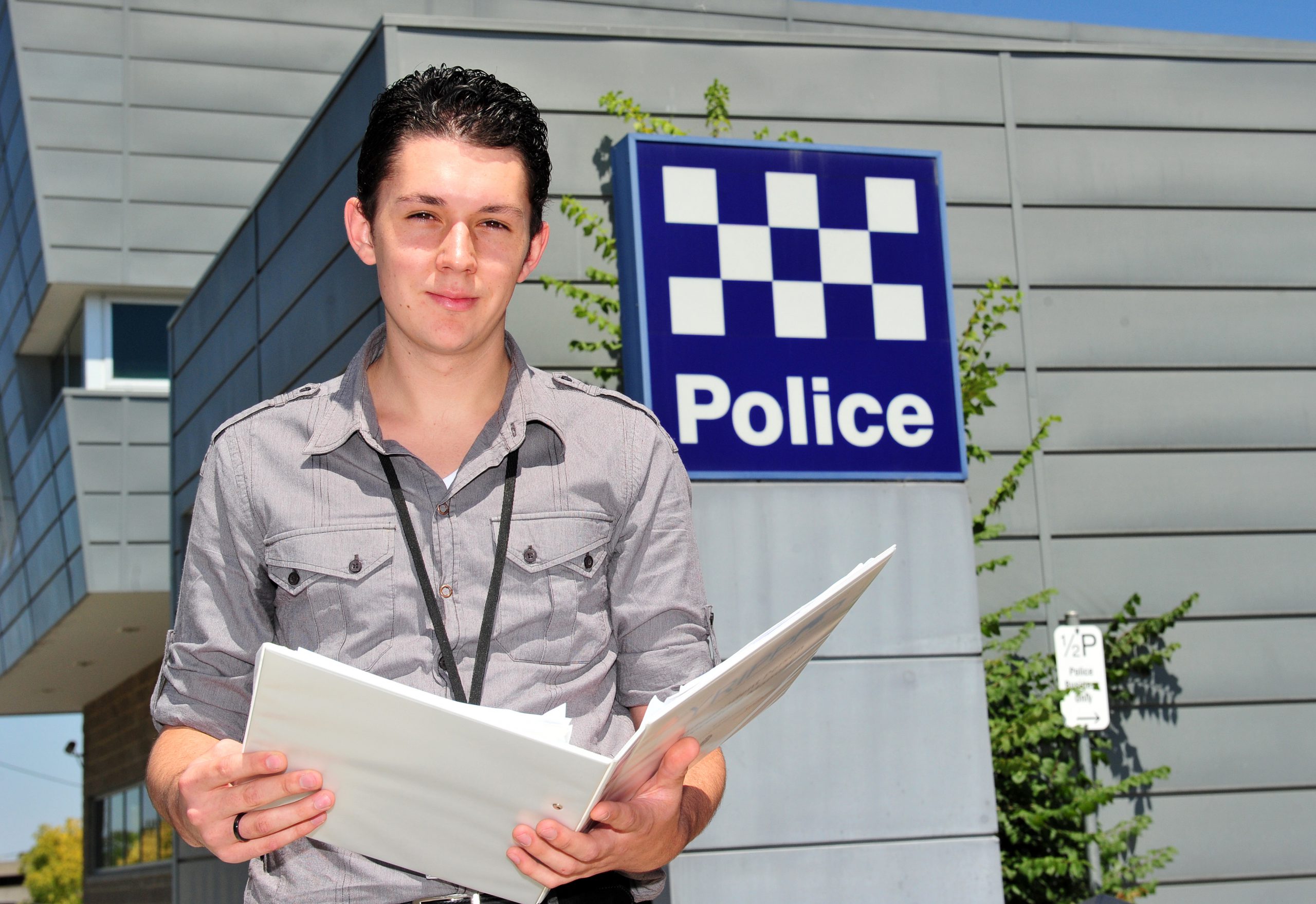 TO be arrested by the police for committing a crime can be a harrowing experience, especially for young people who may also be a newly-arrived migrant or refugee.

But before and during the police interview, a young person can find comfort and support in the presence of an independent person like Traralgon’s Jack Pallot.

A criminal justice degree student at RMIT, 21 year-old Mr Pallot is in his third year of volunteering as an IP as part of the Centre for Multicultural Youth’s Youth Referral and Independent Person Program and believes he has assisted close to 100 people in his role.

“We help the process along; people under the age of 18 years cannot be interviewed by police without a parent, guardian or independent person present,” Mr Pallot said.

“As an IP you explain to the young person their rights, assess their welfare, and provide them legal information but not legal advice.”

Mr Pallot said volunteers could spend between 30 minutes to several hours with the young person prior to and during their police interview.

“We can also make referrals on a person’s behalf for jobs, education or drugs and alcohol (agencies),” he said, adding he volunteered in Melbourne and at the Latrobe Valley Law Courts in Morwell.

Despite the program being run by CMY, Mr Pallot said all young people were assisted and “no group was over-represented”.

While he acknowledged the experience could be intense, he said it “felt good to help”.

“It’s an eye-opener, and you hear everything in the interview which can be quite confronting,” he said.

“Because I studied criminal justice, it’s a way of combining the theoretical side with the practical.”

When he began volunteering, Mr Pallot said he was one of the youngest volunteers he knew of locally.

“The program has also given me insight to the workings of Victoria Police, where I have applied to (become a member),” he said.

YRIPP services 129 police stations in the state and has 419 active volunteers who support more than 3000 young people in police custody each year, according to manager Sarah Nicholson.

“There are approximately 20 volunteers currently helping out at Latrobe Valley police stations; we are looking to recruit another 10 or so who are interested in making a positive contribution to the youth justice system,” Ms Nicholson said.

“Police value YRIPP because with just one phone call they can have a trained volunteer IP at the police station within 20 minutes; this saves police time and helps young people.”

Meanwhile, Mr Pallot said while many people could benefit from participating in the program, it would be especially beneficial for those studying or are involved with social welfare and criminal justice.

The program began in 2004 and assisted 200 young people in the Valley last year.

People interested in volunteering should phone YRIPP on 9340 3777 or visit www.yripp.org.au