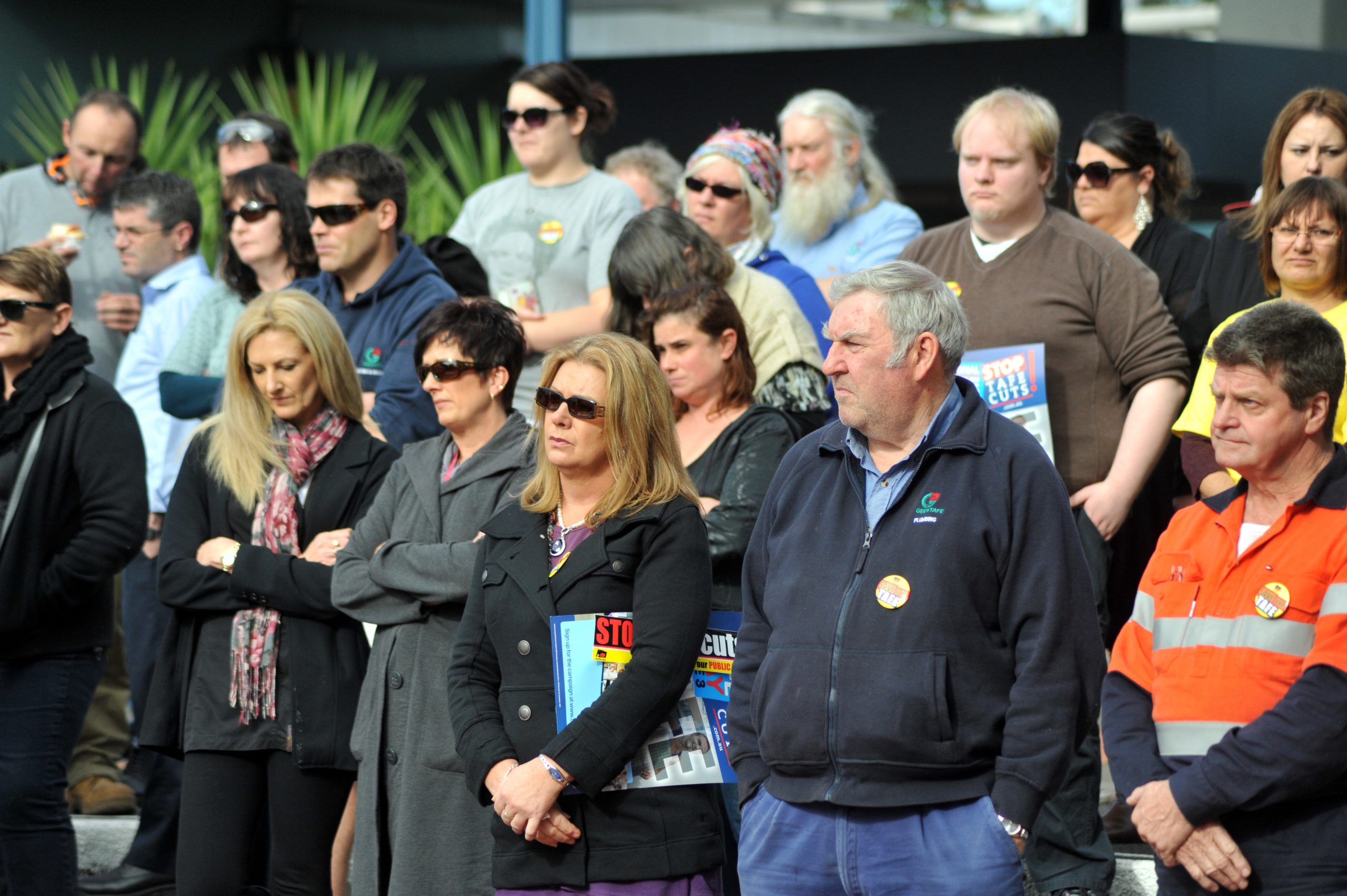 The ongoing upheaval against State Government cuts to the TAFE sector came to the Yallourn campus yesterday afternoon, with the education union launching its ‘TAFE4ALL’ campaign.

Pledging to continue to fight what it said amounted to $1.2 billion in cuts to the TAFE sector over four years, the Australian Education Union said Premier Denis Napthine needed to “come clean” on his agenda for the institution.

AEU Victorian branch TAFE president Greg Barclay said about 150 students, teachers, and concerned locals attended the rally over the course of an hour.

Soon after his instalment as Premier, Mr Napthine announced a $200 million ‘structural adjustment’ package for the sector, however Mr Barclay said the funding would not reinstate redundant staff or courses which had been cut.

Higher Education and Skills Minister Peter Hall said in a statement the $200 million, along with a “commercial objective” and “more professional boards” – referring to his sacking of numerous TAFE board chairs in March – would help the organisation improve its ability to self-fund asset replacement and renewal.

“The previous Labor Government created a training system that was unsustainable and which was blowing the budget out by hundreds of millions of dollars each year,” Mr Hall said.