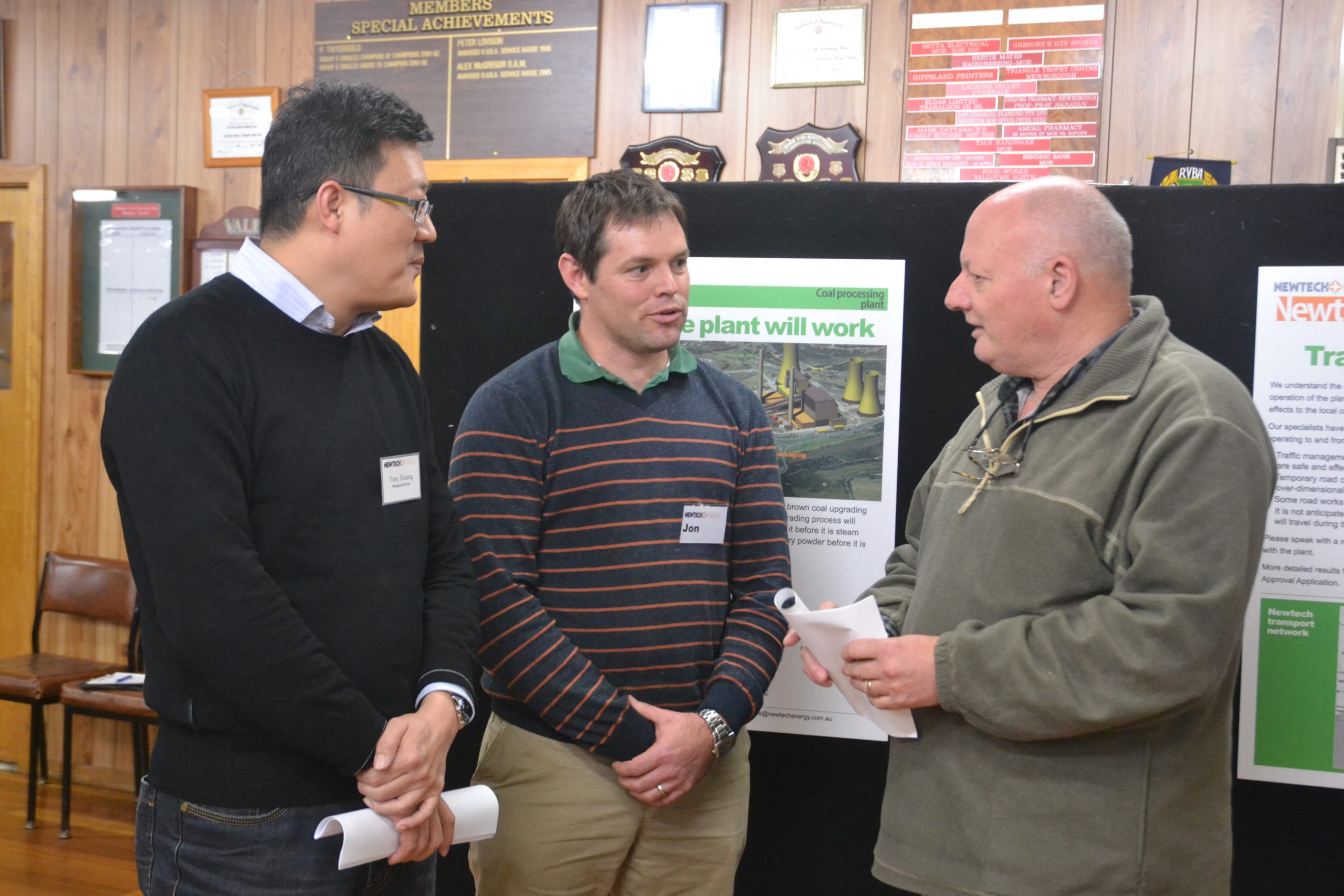 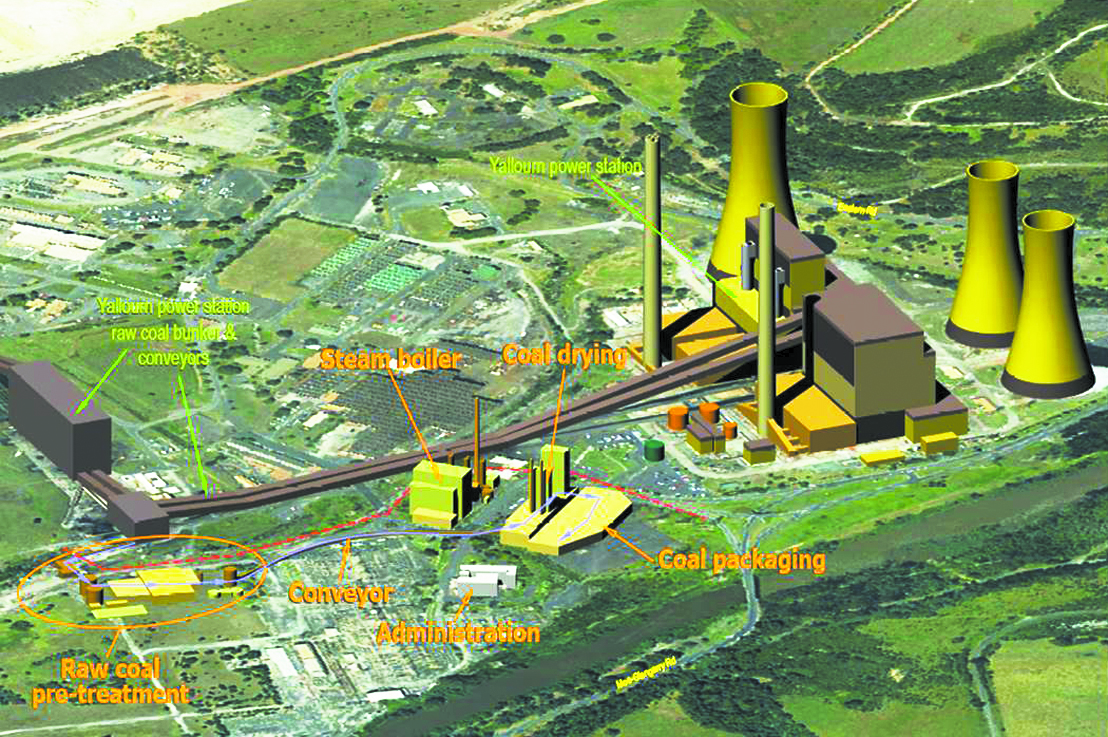 Newtech Energy plans to construct a briquetting factory adjacent to the Yallourn Power Station to initially produce one million tonnes of export-grade product per annum.

The company has also argued its projected requirement of a 70-strong ongoing operational workforce is based on ‘solid’ modelling.

Newtech managing director Tony Huang, a former property developer, said after five years of research and development, and a test marketing phase during which 30,000 tonnes of product was exported to, and tested by, potential Asian customers, the company was ready to bring the public in on its business strategy.

Speaking to The Express at a community consultation meeting in Yallourn North on Tuesday, Mr Huang addressed scepticism surrounding the competitiveness of the Valley’s brown coal in the international marketplace, including recent news China was considering a ban on imports of low quality thermal coal.

He said the product would be used for pulverised coal injection processes in the steel making industry, and gasification processes in niche ceramic, glass making and fertiliser operations, where the company’s main competition would come from within China itself.

While the company believes the project “would be in a position to commence exports” in 18 months, it is yet to go through an Environment Protection Authority works approval phase.

However, Mr Huang said he was hopeful of an EPA approval by the end of the year, as the technology used mechanical hydraulic pressure to de-water the coal, which required about three to five per cent of the energy used in traditional evaporative briquetting technology.

While Newtech signed a $50 million contract with China’s Zhejiang Shipping Company last year, giving that company a partnership stake in the company and the first rights to bid for the export shipping contract, the remaining balance for the project’s $170 million price tag was not yet assured.

“(Poor finance has) stopped other new coal projects from getting off the ground here in the Valley before,” Mr Parker said, referring to HRL’s high profile struggle to attract finance for its “frozen” dual gas plant project. Senior mechanical engineer John McNaught, whose engineering consultancy firm GHD has been contracted to assist the company develop the project, said based on the proposed plant’s layout and operations, the 24/7 facility would employ four teams of shift workers, plus day time administration staff, bringing the ongoing workforce to 70.

However, Mr McNaught said that figure did not include maintenance positions.

He said road transport logistics required to ship the product via three 40 tonne B-Doubles truckloads every hour (one way) along the Princes Highway to a Melbourne-based port, which would employ 40 to 50 drivers.

“At the moment numerous industries are already transporting that amount of product on Gippsland’s roads. However it does come at a significant cost to the operation – the biggest penalty for us is getting the product the 150 kilometres from the Valley to Port – which is more expensive than shipping it the 9000km to China by boat,” Mr McNaught said.

The company said it was not interested in state and federal funding through the $90 million Advanced Lignite Demonstration Program, aimed at getting new coal technologies off the ground, as the technology was “already proven”, adding the project would begin as a commercial operation.

While a current coal supply memorandum of understanding with Yallourn Power Station has secured a three million tonne raw coal supply for the project’s initial stages, further allocation would be needed to expand the project.

Environment Victoria’s Victoria McKenzie-McHarg said the project was yet another attempt by the coal industry to “inject life into the dream of a brown coal future for the Valley”.

“It’s very difficult to see how a proposal to de-water coal in the Latrobe Valley, truck that product from the Valley to port, then ship it to China could possibly stack up economically against suppliers who are much better positioned geographically,” Ms McKenzie-McHarg said.