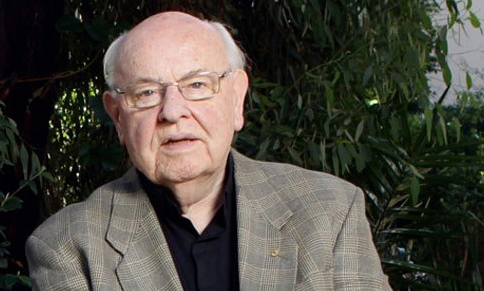 A union, a power station and a priest.

Industrial deadlock at Yallourn will today be graced with the sort of peacemaker not typically seen in a power sector dispute.

He has also been invited to go inside the power station by owners EnergyAustralia.

“I’ll flutter in like a cheap version of the Dalai Lama,” the charismatic Fr Maguire told The Express this week.

“I’d be going there to raise an issue that’s above and beyond, which is that we’ve all got to start working together and looking after one another.”

Fr Maguire said he could not espouse the union’s politics, rather he had planned the visit as an expression of his “parish without borders”.

“I’ve got a bit of a soft spot for the unions and the manual labourers, because South Melbourne and Port Melbourne have been blue collar for a long time,” Fr Maguire said.

“When I got to South Melbourne in ’73, the workers had been torpedoed because the factories had been torn down and most of the jobs the locals could go to had disappeared.

“I knew a generation of guys who had never worked.

“I have a soft spot with anyone who can try to help with reversing the trend.”

Fr Maguire’s visit will coincide with a family day at the protest camp organised by the Construction, Forestry, Mining and Energy Union in support of the locked out workers.

At the same time, the union’s negotiators will have returned to Fair Work Australia for possibly their last chance to reach an enterprise bargaining agreement with EnergyAustralia.

“He went to both the employers and employees. It would be ridiculous to deal with one as if there was only one party.”

Fr Maguire said he hoped to find what he called “the glorious ordinary” during his visit.

“You go out of your comfort zone, there’s more expression of community spirit and a fair go for all, those sorts of things, when you get gatherings of people for some civil purpose,” he said.

Fr Maguire said the industrial dispute could also serve as a valuable lesson for children.

“Australia is one of the few places in the universe where we are still able to disagree with one another without violence,” he said.

“We’re verbally aggressive, but at least we haven’t gone the next step.

“If children learn that negotiation is better than aggression, then that’s a great lesson we can take from this procession.”