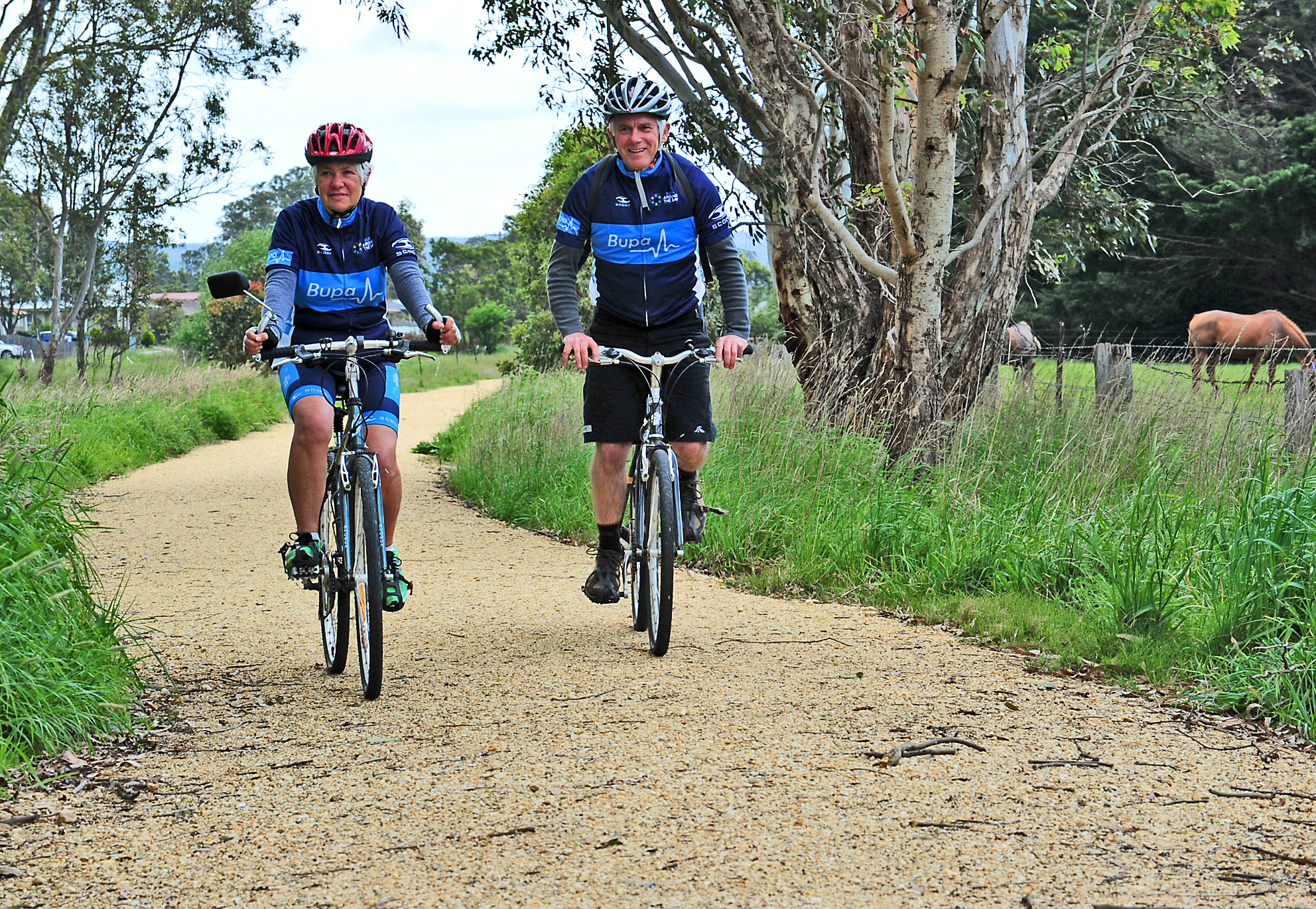 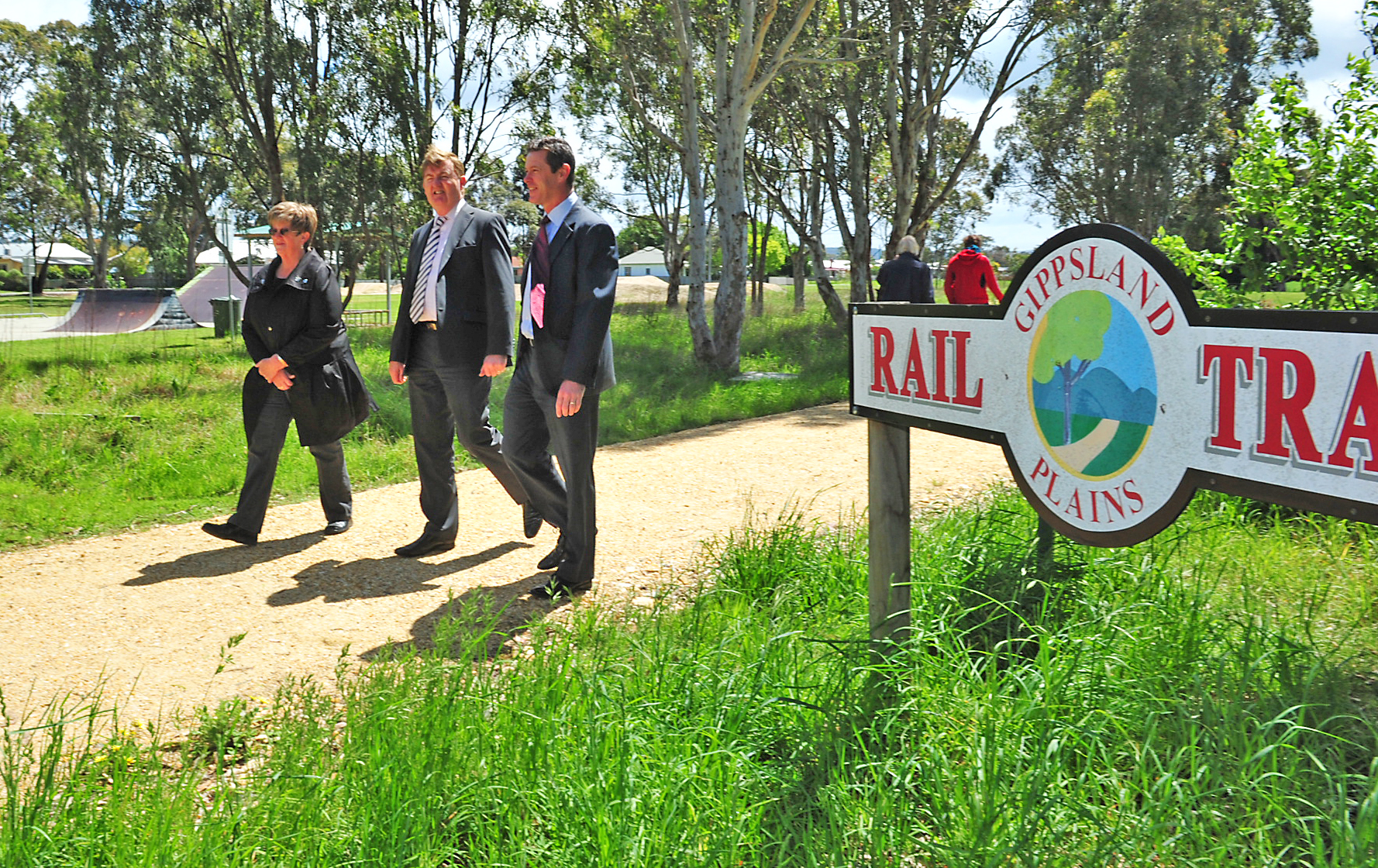 A crowd of excited community members gathered at the Glengarry Gippsland Plains Rail Trail site on Friday to celebrate a funding announcement which will finally see the near-completion of the trail by March.

The rail trail committee received $600,000 to build a two metre wide and 6.2 kilometre long trail and four bridges between Glengarry and Traralgon.

The trail, first conceived to 20 years ago by original committee members Tony and Christine Richards and Helen Hoppner, will be in its final stages of completion following the new additions, with only a bridge over Thompson River left on the to-do list.

“It’s the bridges that have been the issue with the money,” Gippsland Plains Rail Trail president Helen Hoppner said.

“Any infrastructure like that is really expensive, so it’s been fabulous that we’ve got this money and we can continue on.

“The contractors are ready to go now, as soon as the money is in the bank they’re ready to rock and roll.”

Ms Richards, who now rides the trail weekly, said she was confident as soon as the next leg of the trail was completed it would be heavily used by the community.

“The anecdotal evidence is that as soon as a bit of trail has been finished, even before it’s formally opened, the usage greatly increases – that’s usage by cyclists, mums with prams, people jogging, people walking, all sorts of people,” she said.

“I think it’s a fantastic community asset, it’s not only used for recreation, it’s also used by people in the smaller local communities commuting between towns, kids riding to tennis, kids riding to school.”