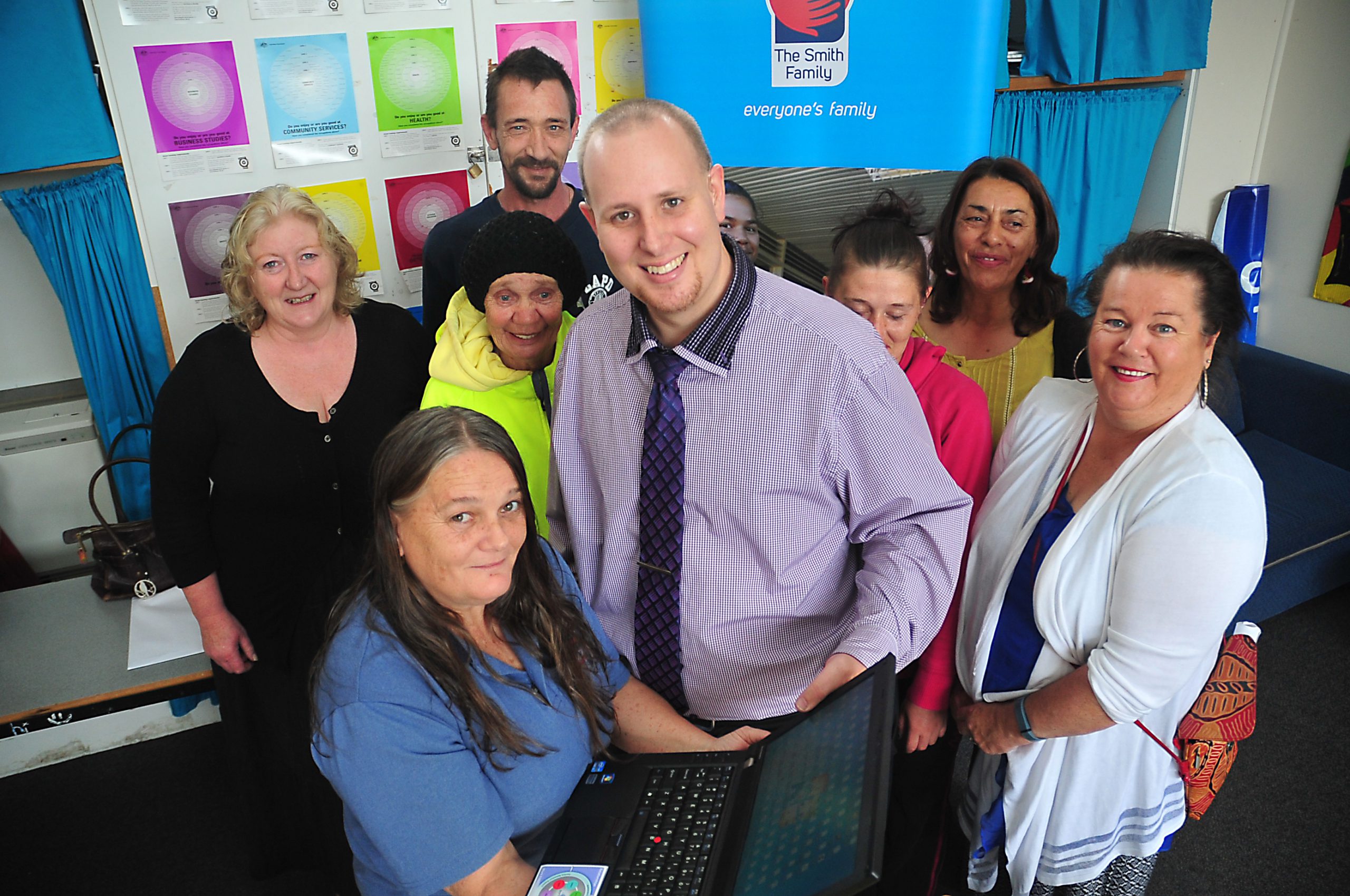 ABORIGINAL and Torres Strait Island families expected to join the Kurnai College Morwell community in the new year are learning technical skills to better engage in their children’s education.

The Smith Family has run four short workshops in bullying, cyberbullying, computer skills and financial literacy as part of its ‘Tech Pack’ program for parents with children transitioning from Morwell primary schools.

Gippsland team leader Nicola Epps said the Smith Family in Morwell recognised a need to support Aboriginal and Torres Strait Island parents and help them to engage with their children’s education.

“When they (families) come here (Kurnia College) next year they will be more comfortable and have more knowledge of the secondary school,” Ms Epps said.

Kurnai College Morwell year seven staff team leader Daniel Swallow said he had taken the opportunity to get to know some of the families bringing kids into the school in the bullying and cyberbullying workshops.

“We’re giving them ideas for rules and guidelines for how to operate with online devices at home to reduce the risk of bullying with the kids,” Mr Swallow said.

“In the past we wouldn’t have seen any of these families in the school; it’s been really good to have them here and get to know them.”

Smith Family Gippsland education engagement coordinator Christine Johnson has been running the workshops as part of the Parent and Community Engagement program – funded by the Federal Department of Education, Employment and Workplace Relations.

Ms Johnson said the program gave parents an opportunity to empower themselves and feel comfortable in the school environment.

“It’s an opportunity for the parents to be involved and support their children in their education,” she said.

Ms Johnson said prior to this program, many Aboriginal families did not see the importance of education due to many being brought up on the mission.

“Now things are moving towards a better opportunity and a lot of our kids have got choices today,” she said.

Participant and parent Jenny Carrigy said she had learned a lot from the program and gained confidence in her computer skills.

“It helps me relate to what they are doing in school,” Ms Carrigy said.

“My kids have told me, ‘Mum, you’ve learned so much’. I’ve really surprised myself.”