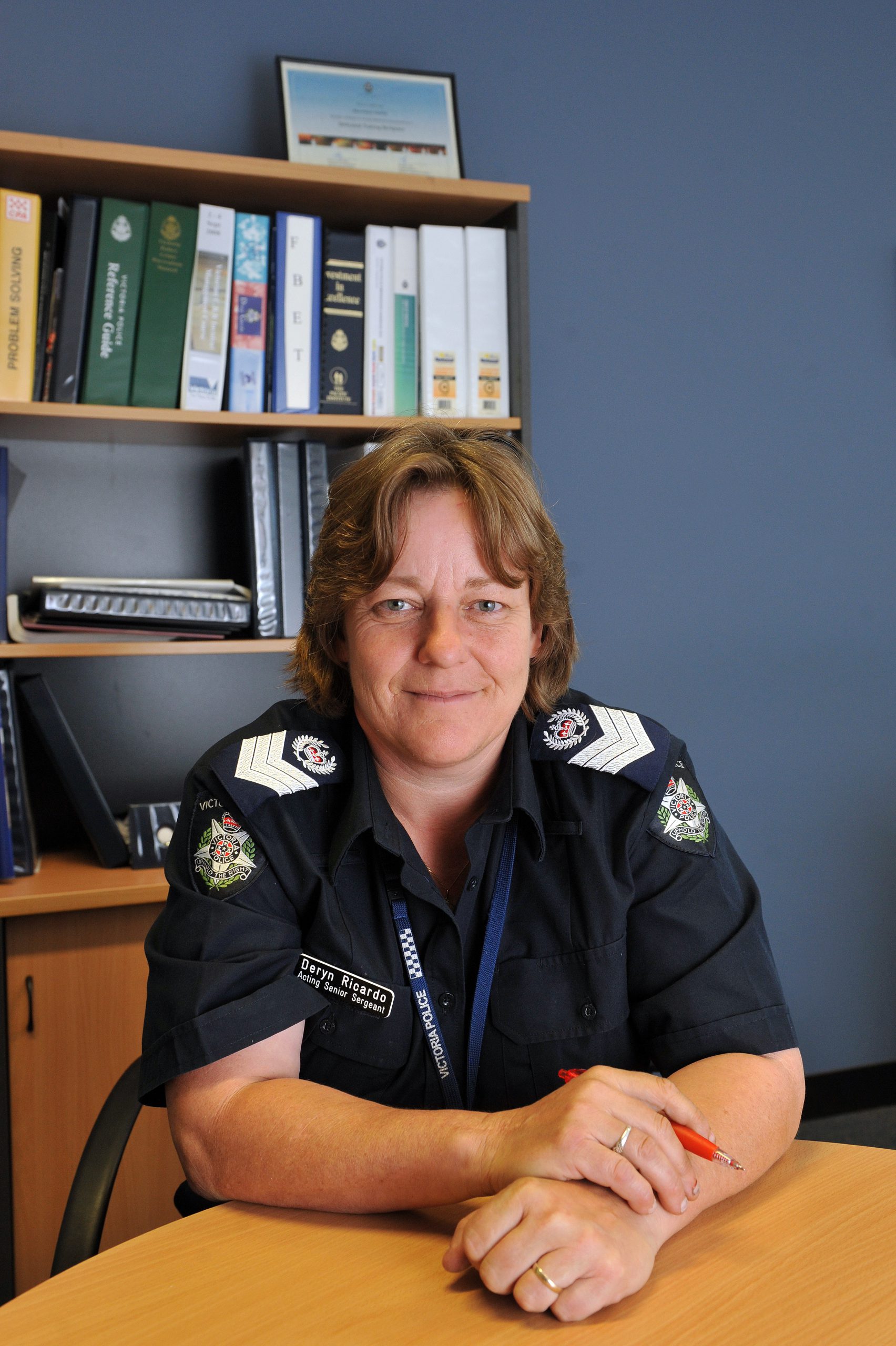 FOR the past three years Victoria Police Sergeant Deryn Ricardo has made combating family violence her mission.

Her tireless work as the family violence advisor for Gippsland has earned Sgt Ricardo an Australian Police Medal.

Sgt Ricardo said she was “humbled” to receive the Australia Day honour for what was a “team effort”.

She joined Victoria Police in 1987 and has spent the majority of her career in Gippsland, including a posting at the South Gippsland Traffic Management Unit.

“Family violence is probably the most intense role I’ve had,” Sgt Ricardo said.

“We’re very fortunate with the support agencies in the Latrobe Valley.

“There’s a lot of communication between everybody, which I think half the battle’s sort of done then.”

Sgt Ricardo said one of the greatest challenges was understanding why some women returned to violent situations and passing that knowledge on to frontline members.

She said she wanted to see increased reporting of family violence, particularly in the indigenous community.

“Some people feel there’s a stigma attached to being a victim of family violence,” Sgt Ricardo said.

“We’re coming up with new strategies to try to increase that confidence in reporting.”

She said patience and energy for the role had helped get her through the more difficult situations.

“What’s also assisted me greatly is having spent the majority of my career in the local area, so having that knowledge of members,” Sgt Ricardo said.

She said it was those members who strengthened the fight against family violence.

“The effort extends down to the members working the vans,” Sgt Ricardo said.

“They’re very energetic in what they do and I think everyone should be giving themselves a pat on the back, it should really be a group award.”